News icon opens up about everything from the J.F.K. assassination to why fellow broadcaster Walter Cronkite might not have liked him 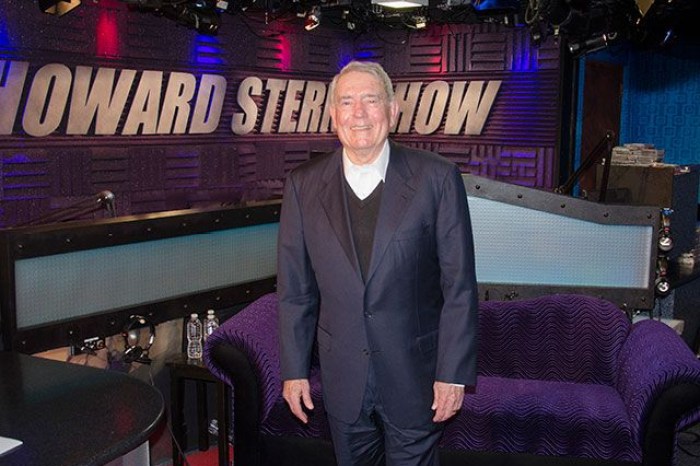 News icon and one of the nicest guests in show history Dan Rather stopped by to give a lesson in how to be a real man and a real reporter. Here are the highlights from Howard’s interview with the incomparable veteran journalist:

* Dan came down the rheumatic fever when he was eleven years old. “It was every mother’s nightmare,” he said, “second only to polio.” Dan explained it made him “acutely aware of the fragility of life” and taught him that he’d better make it count while he could. He also read a lot and became intensely curious about the world.

* Dan became a field reporter and one of the best in the business. He was the first to report the President John F. Kennedy was dead after being shot in Dallas. Walter Cronkite threw it to Dan and Dan said he’d heard that the president was dead from four sources, including a priest and a doctor. Dan made the call and said “the president is dead.” It was huge break for Dan, but it had he been wrong, it could’ve been the end of his career as a respected journalist.

* As for the assassination, Rather joins Howard in his belief that the Warren Report was correct – Lee Harvey Oswald was the lone gunman. What’s less clear, Rather said, was whether or not he was put up to the task by someone else. 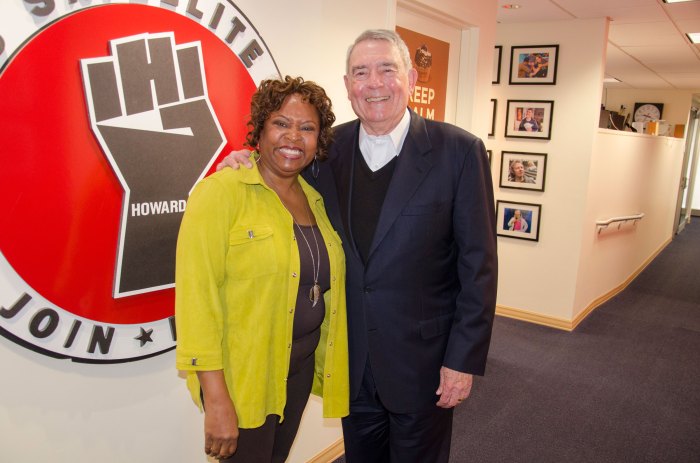 * Another memorable moment in Dan Rather’s field-reporting career was when the camera cut to him at the Democratic National Convention in 1968, just as he was slugged in the stomach. Dan noticed a Georgia delegate being carried out by men in plainclothes and tried to find out what was up. One of the men punched him so hard it knocked the wind out of him. Dan surmised they just wanted to get the delegate out of the venue because Dan couldn’t interview him once he’d crossed the threshold.

* Dan also interviewed Martin Luther King Jr. and felt the Civil Rights icon was very aware that his days were numbered. Howard often wonders what MLK would say if he saw that we had a black president, and Dan was quite sure that MLK never predicted it. Dan admitted he would’ve bet money it wouldn’t happen in his lifetime, either. He recalled sitting around with other reporters talking about the slight possibility there might be a black mayor at some point down the road but didn’t hope for much more.

Once, while covering the Civil Rights movement down in the south, a hillbilly Klansman did not want Dan documenting the atrocities so he actually held a gun to Dan’s neck saying “I’m gonna fucking kill you.”

* When Dan “succeeded” Walter Cronkite as anchor of the CBS Evening News (Dan wanted to make perfectly clear that you don’t “replace” a man like Cronkite, just like you don’t “replace” Howard Stern) things were rocky. The ratings would come out every Tuesday and it was always a tense day. They’d once been No. 1 for 220 weeks but the moment they dipped to No. 2, Dan felt he was doing the walk of shame around CBS building.

Walter Cronkite was somewhat critical of Dan, but Dan didn’t seem too bothered by it. He theorized that, though Cronkite told him he couldn’t wait to leave his post as news anchor and wanted to go out on top, he ended up regretting retiring as early as he did. Dan thinks he also became jealous of the money, which became $6 – $7 million per year. Maybe that fueled some of Cronkite’s less-than-kind remarks. 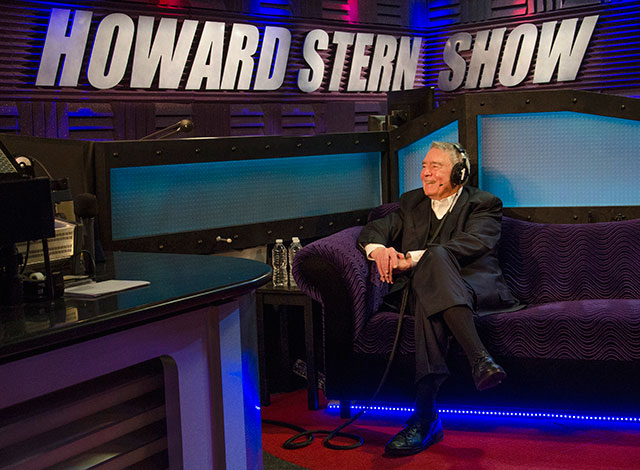 * Dan departed CBS Evening News in 2005, and it didn’t end well. He ended up suing the company, and they sued him right back. When they covered the 50th anniversary of the JFK assassination, Dan was nowhere to be found in any of their old clips, despite being so important to the story. Dan seemed hurt by that and wondered how a news organization can justify erasing history, but he’s still proud of his time there. “I still have the CBS Eye tattooed somewhere on my ass,” he joked. “I love the place.”

One regret Dan has is “not leaving sooner than I did. I could’ve walked out on my own terms.” Leaving his family to go to Vietnam for an entire year was another possible mistake, Rather said.

As for the news today, Dan seemed put off by the fast-paced, 24-hour news cycle. He did have praise for Anderson Cooper, calling him a throwback and “the real deal” as well as the current CBS Evening News anchor Scott Pelley.

Just as he had won every listeners heart, he stepped up with a zinger just as he was leaving and sealed the deal. He’s interviewing Dolly Parton soon on his show Dan Rather Reports and he had an anecdote about speaking to her some years ago. A sound guy was so tranfized by Dolly’s legendary breasts, that he couldn’t stop staring at them. Finally, she said ‘what, you never saw a pari of these before?’ She then invited him to her trailer and she’d show them to him. He declined.

Check out Dan Rather Reports on AXS TV and let’s hope Dolly does it again.