Gary’s Tales From the Rock and Roll Hall of Fame

Scott Screws Up Twice in One Show

From Richard Christy getting drunk at a Stryper concert to Jason Kaplan munching on Debbie Hein's oreo-topped pizza, everyone's doing something awful to their body 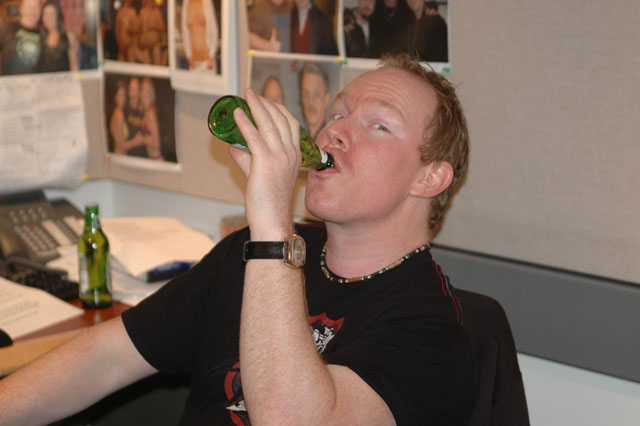 Senior Producer Will Murray ran into Richard Christy in Brooklyn on Saturday and by four pm, Richard was already sloshed on eight beers. He’d continue drinking right through a concert by his faaavorite band Stryper, where he was asked up onstage to jam.

Richard got teary-eyed when talking about the experience. He couldn’t wait to tell his parents, they accompanied him to his first Stryper concert when he was a kid.

Howard noticed that Jon Hein had brought in some of his beautiful wife Debbie’s new baked creations. This time Debbie took pizza crust and topped it with Oreos and marshmallows and sugar and crack cocaine.

Never one to miss an opportunity to knock a staffer’s weight, he chided Jon Hein for being diabetic and eating all this sugar. Jon clarified that he doesn’t actually eat the sweets, he brings them in to share.

And the rest of us are grateful for Debbie’s generosity. 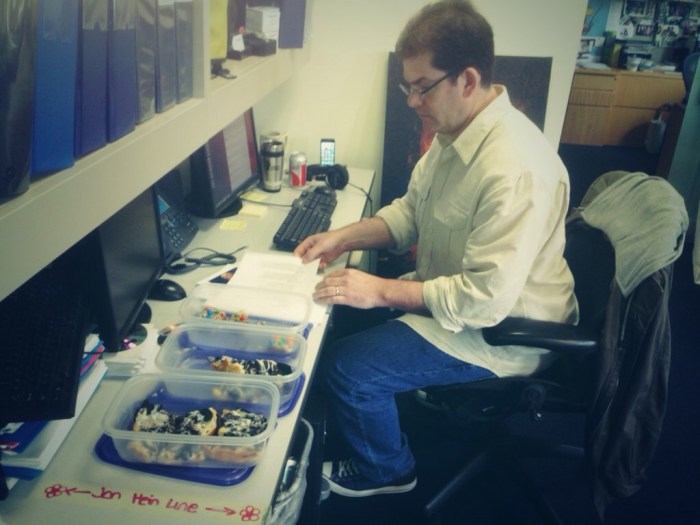 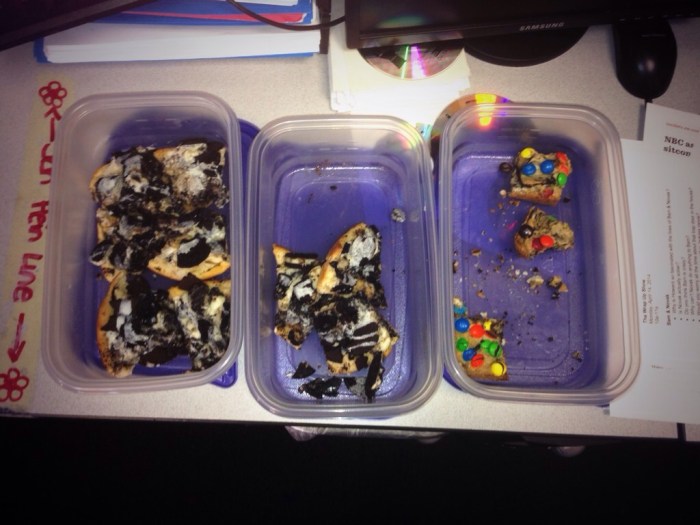 Howard pointed at another staffer, Senior Producer Jason Kaplan, who’s been getting larger and larger. Howard called him ‘alarmingly fat’ and noted that his super-agent Don Buchwald even pointed it out when he met with Jason, which bummed the extra-large producer out.

For the record, Jason does indulge in Debbie Hein’s baked goods.