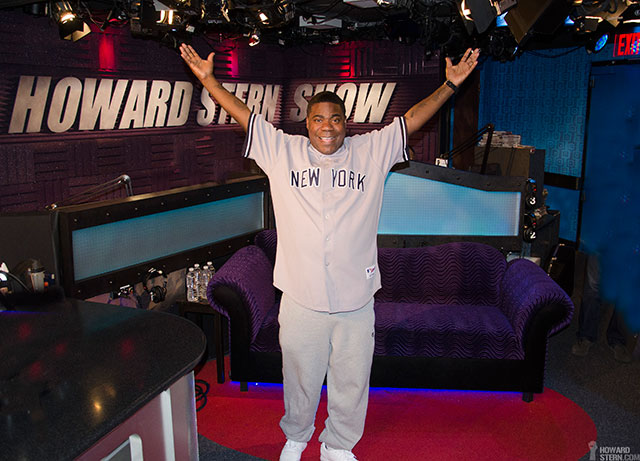 The hilarious creative hurricane known as Tracy Morgan spun through the studio this morning and was chock full of quips, stories, complaints, and fantasies.

Here are the highlights from the latest of Tracy’s conversations with Howard:

‘The Late Show With Tracy Morgan’?

Tracy told Howard he was offended by not being considered to replace Dave Letterman on “The Late Show.” He claimed that his show would be different – he’d ask the real questions – and everyone would tune in.

He actually admitted he’d take a cue from Howard, producing that show exactly like Howard’s show and interviewing people in a similar style to the King of All Media. “Jimmy Fallon needs some competition out there!” Tracy joked.

When Tracy auditioned for “Saturday Night Live,” he admittedly had never really been around white people at all. “It was culture shock!” he said. But he didn’t let that rattle him. He walked in and made the whole room laugh with his characters and jokes. You can watch Tracy’s audition on the Best of Tracy Morgan SNL Box Set.

Tracy remembers his “SNL” offer came while washing his precious Nissan Quest in Harlem when his beeper went off. It was a page from Marcy Klein and when he called her back, she told him that he’d landed the job. “Okay, thanks,” Tracy remembered saying calmly. It didn’t hit him until he showed up for work just how cool it was.

As you may know, Tracy moved out of his bad neighborhood quickly, and under cover of night. He didn’t want anyone following him or trying to get their hands on what he had.

Tracy still shows his face in his old neighborhood, but admits that there’s no way he’s ever getting out of his car.

Tracy’s oldest son is 29 and works as a bartender at Caroline’s Comedy Club. His youngest, a daughter, is just nine months old. Being a dad again has not slowed Tracy’s high-rolling lifestyle at all, though. “My daughter had a passport at two months old. My daughter’s been on private planes already,” Tracy said.

Tracy claimed he has a photographic memory and only has to look at a script once to memorize it.

Robin’s ultimate fantasy, “Game of Thrones” star Peter Dinklage, worked with Tracy and claimed he was the funniest person ever. Peter was tickled when Tracy repeatedly announced “Ernest Borgnine is my biological father!” There is a resemblance.

Tracy has spoken before about the incredible story of someone stealing his pink pumas at the public pool when he was an adolescent. If you remember, he got revenge in the best/worst way possible: he shit in the pool. 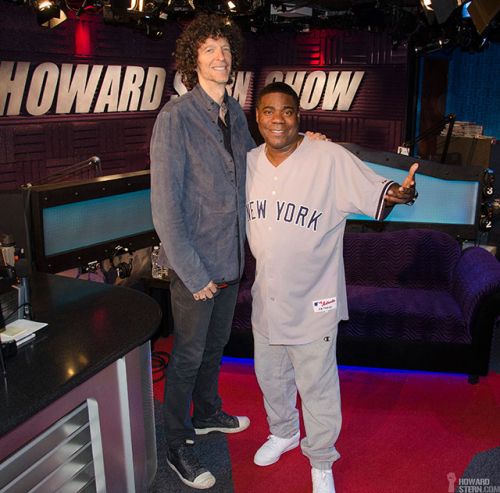 Howard had a bracket of random famous women for Tracy to fill out. Since his tastes seem to be all over the map, the pairings ranged from Betty White vs. Barbara Walters (Tracy demanded to make love to both) to Hillary Clinton vs. Janet Reno (Tracy chose Janet because she’s tall) all the way to Tina Fey vs. Halle Berry (Tracy went with Halle). But the one woman above all others was Lindsay Lohan because Tracy thinks “she looks uninhibited.”

While he is successful at everything he touches, Tracy professed a real desire to do a radio show on Howard 101 and we all hope that dream of his comes true.

Who Will Fight Tan Mom In Epic Showdown?