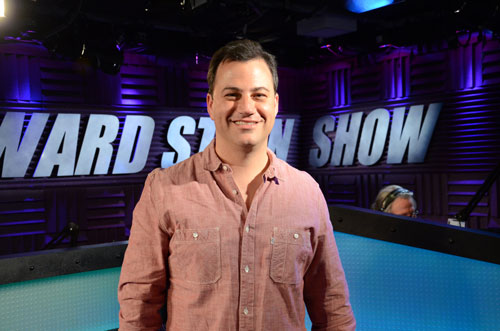 Howard’s best friend in the world, late night host Jimmy Kimmel sat in for the first two hours. Jimmy and Howard spent their morning man date chatting about everything from fly-fishing with Huey Lewis, to Bryan Cranston’s Broadway show ‘All the Way’, to Eric the Actor’s Amazon wish list.

Howard and Jimmy, along with their beautiful wives, attended Bryan Cranston’s Broadway show ‘All the Way’ over the weekend. Bryan plays President Lyndon Baines Johnston, and the show was fantastic.

Of course, for Howard, the experience was not a perfect one: it was freezing in the theatre – Howard swore the AC was blowing directly on him and him alone. He borrowed Jimmy’s coat and wrapped himself in it. At the intermission, Howard asked the house management to please turn the cold air down, but they ended up turning it up.

As if the Alaskan-like windstorm wasn’t enough, Howard also reported someone hacking and loudly sucking on mints behind him as he tried to enjoy the period drama. It ended up being Senator Al Franken. When they all ended up backstage together, Howard asked the Senator if watching a play about LBJ deterred him from ever running for president. You bet it did. 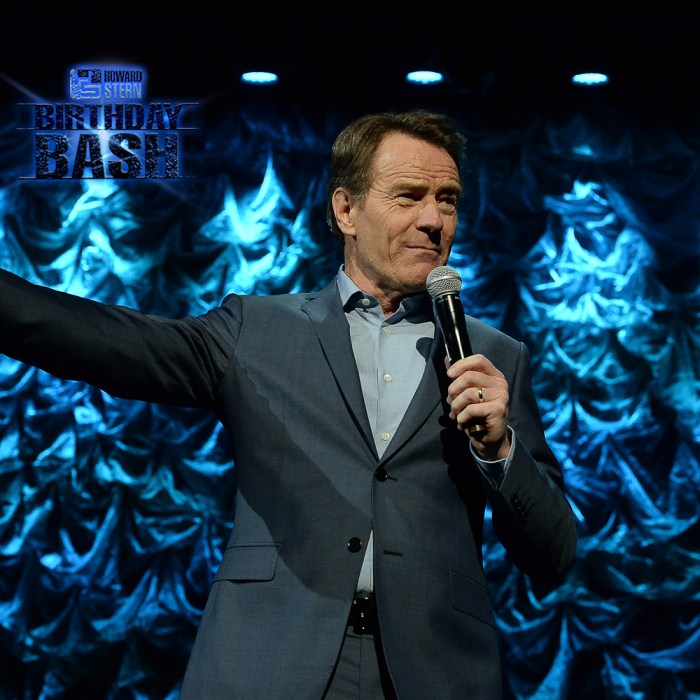 Jimmy is ‘unavailable’ to Howard on Memorial Day weekend because he’ll be hanging out with his other celebrity best friend, Huey Lewis. They will be fly-fishing in the Bahamas for new celebrity fly-fishing show. Jimmy has been a huge fan of Huey Lewis and the News since he was a kid, so the opportunity to fish with Lewis, Tom Brokaw, Jim Belushi and Michael Keaton is a real thrill for him.

Approaching a jealous rage, Howard asked Jimmy to announce right then and there which star Jimmy was better friends with: Howard or Huey?

Jimmy leaned towards Howard, saying that thought he and Huey are friends, they mostly talk about fly-fishing. He tried to cry on Huey’s shoulder when he broke up with comedian Sarah Silverman, but Huey was not interested in hearing about it. 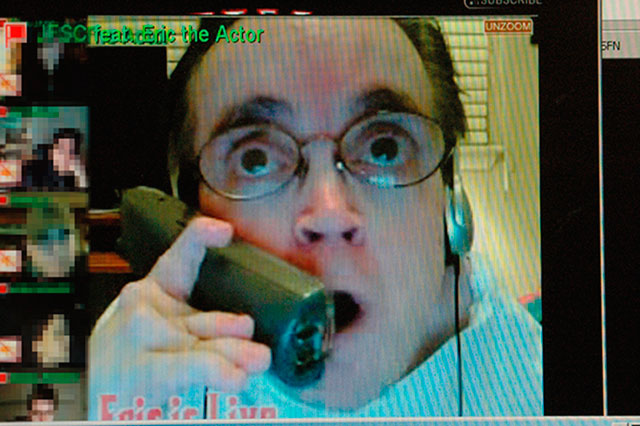 When Jimmy isn’t fly-fishing the Bahamas, he’s shopping in the Amazon. More specifically, on Eric the Actor’s Amazing Amazon Wish List. One of Jimmy’s favorite pastimes is perusing the little guy’s list and purchasing a few random trinkets for him. He recently sent over a BB gun and a Kellie Pickler CD. The little midget phoned up and thanked Jimmy, promising that a note saying the exact same thing was on its way to his office.