Oscar winner and film icon Robert Duvall stopped by the show this morning and, as usual, he was funny and shot out of a cannon

Oscar winner and film icon Robert Duvall stopped by the show this morning and, as usual, he was funny and shot out of a cannon.

He started off by mooning Howard. Then he reluctantly ranked the hotness of his former co-stars (though he gained steam and got pretty enthusiastic as it went along). He spoke about working with Brando, and admitted that he hated the movie ‘The Shining’ (he’s not Jack Nicholson’s No. 1 fan, either). 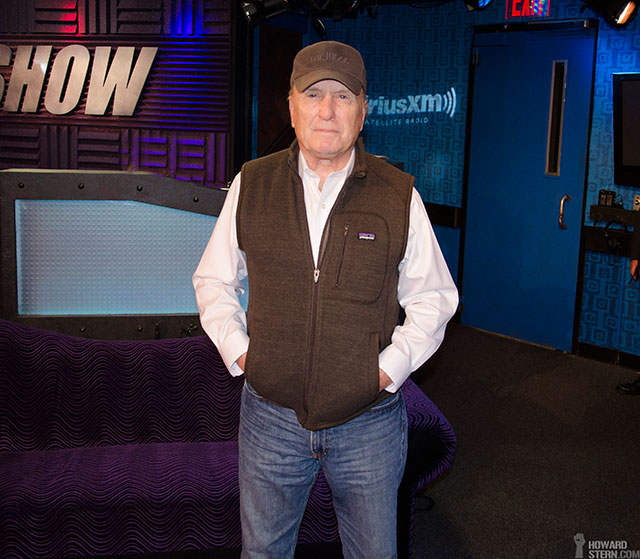 Right out of the gate, Howard led us down the rabbit hole with the ‘Robert Duvall Hottest Co-Star Bracket’. Here’s how it played out:

Diane Keaton (the Godfather) or Faye Dunaway (Network)? Robert went with Faye, and, though he wouldn’t admit it, he made the universal gesture for blow job when he referred to her according to Howard.

Angie Dickinson (Captain Newman, M.D.) or Ursula Andress (Nightmare in the Sun)? Robert went with Angie and admitted that ‘Nightmare of the Sun’ was ‘ [the] worst movie ever.’

Ellen Barkin (Tender Mercies) or Demi Moore (The Scarlet Letter)? Robert admitted he actually had one of these women, so he went with her out of respect, picking Ellen Barkin.

Jane Fonda (The Chase) or Jacqueline Bisset (Bullitt)? Robert went with Bisset because he isn’t crazy about Jane Fonda’s politics.

In the end, Bobby D. went with Angie Dickinson above all the other women because he always wanted her but never did get her.

* During his bracket, Robert chuckled that his buddy James Caan was once with a beautiful woman who didn’t bathe.

* Robert hated ‘The Shining’ and thought both Jack Nicholson and Shelly Duvall were terrible in it. He didn’t think much of director Stanley Kubrick’s other work either, specifically ‘A Clockwork Orange.’

Howard asked Robert what he thought of Nicholson’s later work ‘I could give a shit! What do I care about Jack Nicholson?’

* He revealed that Robert Downey Jr. wears an earpiece when he acts to help him out with his lines.

This isn’t unique to Mr. Downey Jr., though, as Marlon Brando himself needed tons of help with a script. Robert actually had to wear cue-cards with Brando’s dialogue on it during the filming of the Godfather.

* As for who is great today, Robert loved Brad Pitt in ‘Snatch’, Eric Bana in ‘Chopper’ and Joaquin Phoenix, just in general. Matthew McConuaghey is great too. Brando would ‘take his hat off three times for what McConaughey did in [Dallas Buyers Club]’.

Check out Bobby D. in his new movie ‘A Night in Old Mexico’.