Today was a very special episode of the Howard Stern Show, sure to be nominated for some kind of GLAAD Award. The morning was a true celebration of homosexuality. 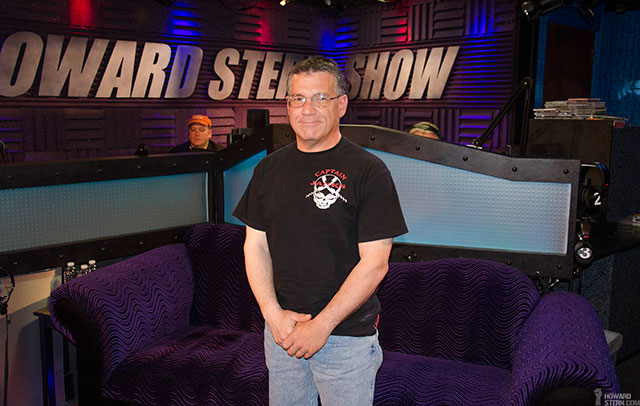 Captain Janks – Out and About

Legendary prank caller Captain Janks stopped by to speak candidly about life now that he’s out of the closet.

(In case you are unaware of who Captain Janks is, he used to brilliantly get on major news programs – Larry King Live, CNN, MSNBC – as some sort of ‘expert’ or ‘eye-witness’. After giving some convincing testimony to the gullible newscaster, he’d somehow work in Howard Stern’s asshole or penis or balls as the big ‘reveal’ so to speak.)

So, a few weeks ago Janks revealed that he is, in fact, a gay man. Howard welcomed him in to talk about what life was like in the closet and what it’s like now.

It turns out that life now is basically exactly the same as it was when Janks was in the closet.

He revealed that he struggled for his entire life to keep his sexuality hidden, always certain that everyone was onto him. But now, he’s finally free. Unfortunately, he seems to be a gay guy who’s really not that into guys. He has yet to act on his love of men in any way. He’s not even sure if he’s a top or a bottom.

Three cheers to Captain Janks for coming out and being honest! @sternshow I think the bravery is so wonderful.

He didn’t even really fantasize about men physically, but he kept repeating that a ‘spiritual connection’ was what drove him to the D. Janks admitted that he was ‘bisexual’ in his younger days, which meant that while he did bang chicks, he also … masturbated?

When Howard pressed him to name a male celebrity who was his type, he said that Zach Braff is physically attractive.

As for the Stern Show staff: out of everyone, he picked media producer JD Harmeyer, who looks more like a heavy-set Dorothy Hamill than anything.

Janks acknowledged his fear of being ‘found out’ in the 90s, but also regretted missing out on the fun he might’ve had with our male audience (that could mean YOU!)

He was relieved that this was the ‘first time [he’s] ever come up on the show and had no secrets.’ Still, many thought he wasn’t fully embracing his gay lifestyle. What if he finally had man-on-man sex and realized it wasn’t for him? Janks wasn’t concerned. He repeated several times that he’d rather be alone than with someone he doesn’t want to be with. 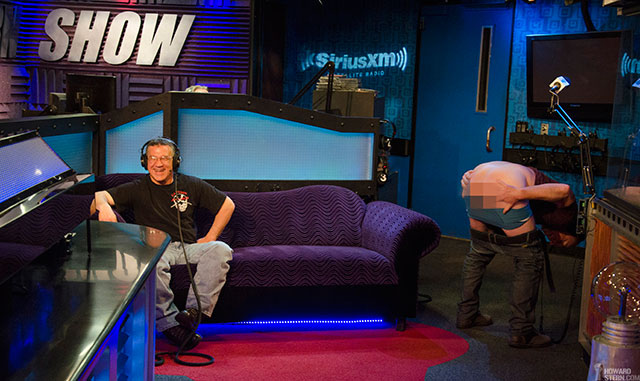 Gay Rich, a regular caller and a good friend of Janks’, called up and confessed that – though he had absolutely no inkling that Janks was gay – he’s sure Janks is a top.

Richard came in and showed Captain Janks his famous asshole, but Janks was not attracted to it (if you can believe that).

Anyway for reasons that still aren’t clear, Janks wanted to make today his final appearance ever on the show. He’s driving a truck now and making prank phone calls and appearances on the show don’t fit with his lifestyle. Janks hasn’t made a prank call (nor appeared on the show) in some time, but Howard respected his wishes.

Fred played him out with ‘Ride Captain Ride’, which Janks said he had wanted to play under his final moment on the show since 1995.