The Hollywood couple stopped by to talk about 'Orange Is the New Black,' a new book and some good ol' fashion prostitutes 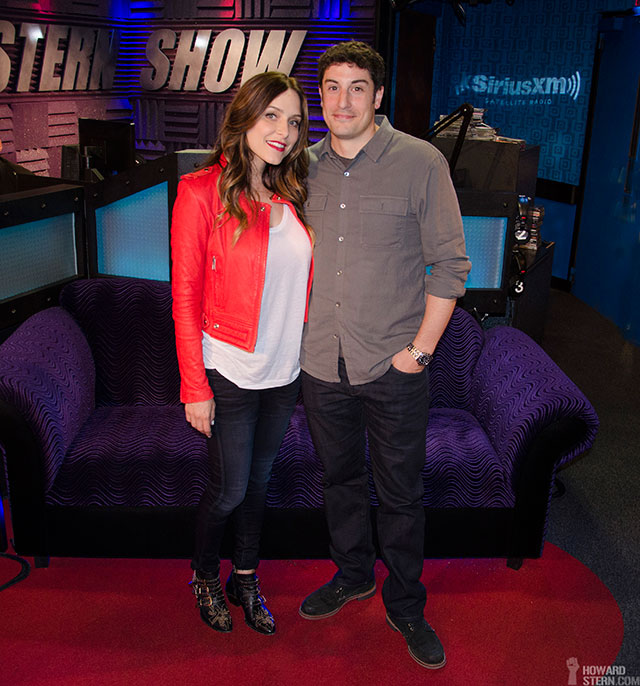 ONCE, TWICE, THREE TIMES A LADY

Like Goldilocks before them, it took Jason Biggs and his wife Jenny Mollen three tries to find a whore who was just right.

The two lovebirds stopped by the show this promote his Netflix show, her new book, and their new joint project: tweeting during the live episodes of America’s Got Talent for the @sternshow account.

Howard was most fascinated by the story of the time Jenny decided to get a whore for herself and her husband. They had been married for about a year, and she decided to do something wild and spice things up.

“It was a year into our marriage and I ran out of things to get him,” Jenny explained.

Jason smartly played it right by being low-key about the offer.

Both of them got good and ready for the special masseuse to arrive. A friend had recommended the girl and Jenny opened the door in lingerie, as if to say ‘Welcome to our home.’

The woman started massaging Jenny while Jason waited. At a certain point, when the masseuse started talking about her rotator cuff, they started to think that she might actually just be a legitimate masseuse. No ‘happy ending.’ It turns out their friend had pranked them, but continued to insist she was a hooker, saying ‘maybe she’s just not into you guys?’

Jenny and Jason tried again, this time in the Land of Easy Whores, Las Vegas. Jenny went on a website and secured a beautiful woman to service them. No word on what happened to the beautiful woman, but the lady who showed up looked like ‘a Filipino garden gnome with long nails.’ She barged into the room and blabbed on the phone to her manicurist for most of the ‘encounter.’

Her fee just for walking through the door was $300, and the rate went up from there depending on what kind of ‘party’ they were going to have.

Jason ran out to the ATM while the Gnome sat with Jenny as she pushed back her nail appointment. Jason was unable to get enough cash, so they sent her home with $300. The easiest $300 a whore has ever made.

Jenny was more determined than ever, now that she’d lost two.

Finally, Jason called a contact to get a nice surefire prostitute. She showed up, she had big fake tits – ‘like elbows’, Jason said – and she blew Jason. Unfortunately, she was not into women, so Jenny didn’t get lucky. Jason didn’t finish, so he didn’t really get lucky either.

At least they have each other. 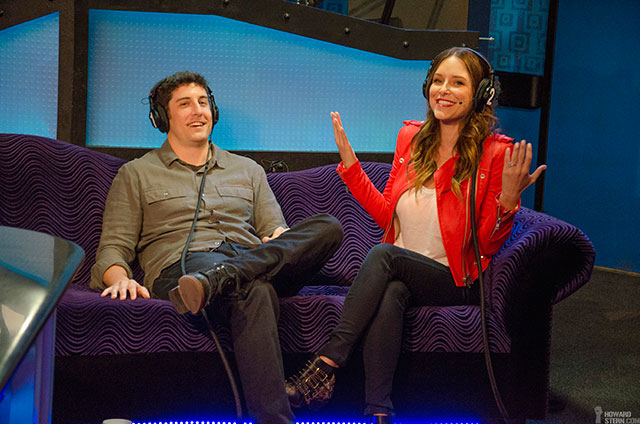 Here are some other highlights from Jason and Jenny’s interview:

* Jenny’s grandfather had…let’s call them issues. Jenny isn’t clear on this, but she does recall her grandpa kissing her on the mouth and her grandmother would sleep on the floor by Jenny and her sister, ostensibly to ensure her grandfather wouldn’t make any late night visits (all this according to Jenny, of course).

Jenny once found a photo of her sister sitting on their grandfather’s lap which looked very creepy. So what did Jenny do? She sent it to her with a note saying I took this photo, you were molested. Her sister freaked out and Jenny had to bite her cheek to keep from laughing.

* Jenny was inspired by Fifty Shades of Grey to try out some kegel balls in her vagina. She stuck them in and walked around all day. It wasn’t arousing, it was just like exercise. Newswoman Robin Quivers added that the balls are ‘heavy’, which seems to signal that she has also tried this out. Anyway, Jenny’s fell out and shot across her hardwood floor.

* Jenny had sex with her stepbrother, admittedly to try to shock her mom. Jenny’s mom is pretty open-minded, but surely this would outrage her? Nope. Maybe it was because the guy hadn’t been Jenny’s stepbrother in years, but her mom simply said ‘well, he is kind of hot.’

Check out Jason Biggs on Orange is the New Black and read Jenny Mollen’s book ‘I Like You Just the Way I Am’.

The Ghost of Casey Kasem