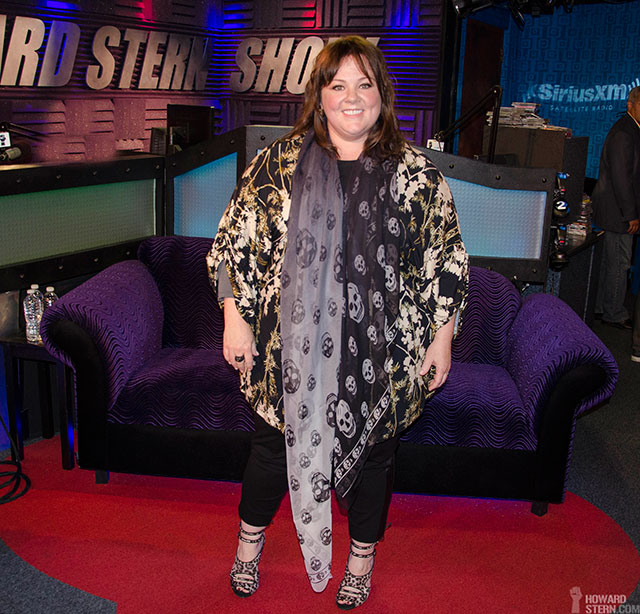 Many, many funny people and many, many big movie stars have come through the Howard Stern studio, but there was palpable excitement this morning for the queen of movie comedy, Melissa McCarthy.

Melissa walked into the studio and immediately said how nice it was to see newswoman Robin Quivers again. It turns out she had waited on Robin when she was waitress on the Upper East Side years ago. Melissa was a huge fan of the show, but was too nervous to introduce herself to the Queen of All Media. Robin was always very nice and a generous tipper.

Melissa lived in New York after dropping out of college and trying to make it as an actress. She tried to be a stand-up for a few months—taking the stage as an overt-the-top character called Miss Y who would tell long self-aggrandizing stories about how beautiful she was.

Stand-up comedy wasn’t the most fun experience for Melissa, because she had to spend 75% of her act responding to ‘that dude’ in the audience who would yell stuff like ‘show us your tits!’

Melissa also didn’t know about “the light,” which is flicked on to let a comic know that she needs to wrap up. Melissa thought the light was a way of the club owners encouraging her, like “Good job! Keep going!”

So, she acted in dramatic plays for seven years before heading to Los Angeles and getting involved in the iconic improv comedy group The Groundlings. She got heavily into it and made nearly every performance. Naturally, the one she missed was the one that “Saturday Night Live” executive producer Lorne Michaels showed up at, dashing her “SNL” dream—though she’s gotten to host the show in recent years and to great acclaim. 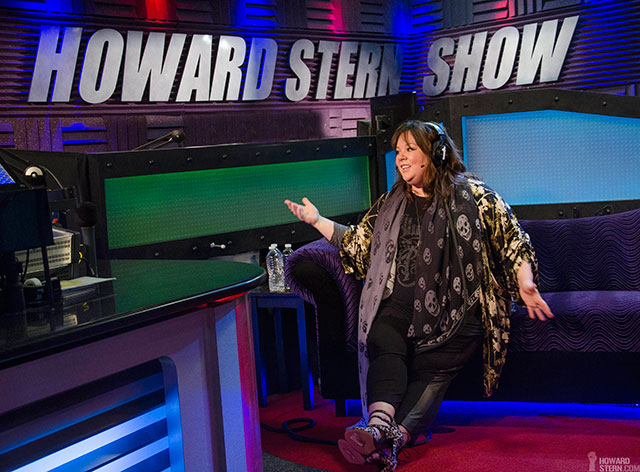 She made a promise that she would give up the ghost of showbiz if she didn’t make headway by the time was she 30 years old, but the week before the milestone, she was cast on the long-running “Gilmore Girls.” A sitcom called “Samantha Who?” followed and then, of course, “Bridesmaids.”

Howard—along with everybody else in the world—saw Melissa as the breakout star of the movie, but that’s not how the character was written. Her role was intended to be quiet and meek. “I guess I read it wrong,” the star admitted to Howard, so she went after it like a linebacker and won everybody’s heart.

She was so great in the part that she was nominated for an Oscar, which was such an odd feeling that she didn’t even recognize her name on the list of nominees. She was thrilled for her friend Octavia Spencer—nominated for “The Help” in the same category—and her husband actually had to rewind the TiVo to show her that she scored one as well.

Speaking of the Oscars, Melissa clarified her recent quote that she couldn’t find anybody who was willing to dress her for the event. A few designers seemingly didn’t know what do with a woman who was not a size two, but others were more than willing to make her something that looked great.

Since “Bridesmaids,” she’s hit home run after home run, and her new movie “Tammy” looks like yet another.