Morning show hosts not only showed up early at the Stern Show, they brought breakfast

Matt Lauer and Savannah Guthrie, the co-hosts of the enormously popular ‘Today‘ show on NBC stopped by this morning, but it wasn’t just an ordinary interview. We were simulcasting so Howard appeared on the Today Show while they were guests on the Stern Show. 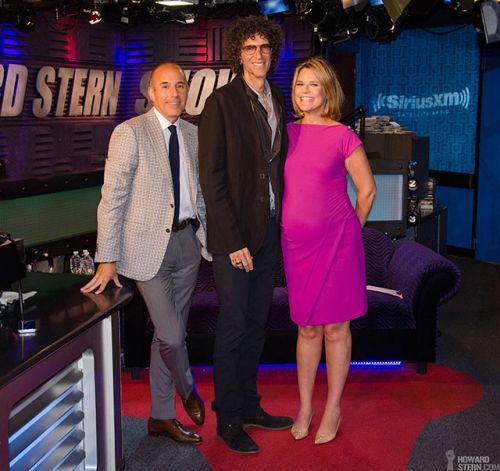 Days and days of preparation went into the technical aspects of this segment – mostly hard work on NBC’s end, our Scott the Engineer had last week off – and it lasted a whole nine minutes.

Not only had NBC staffers been in every day for the past week, but they showed up at 2 AM this morning, just to make sure everything went off without a hitch. And it did, for all nine minutes.

Since Howard is more accustomed to his legendary long-form interviews, he only really covered Savannah’s pregnancy in the allotted time.

She will give birth while medicated, she’ll be out of work for a few months, and she doesn’t know if she’ll watch the Today show. 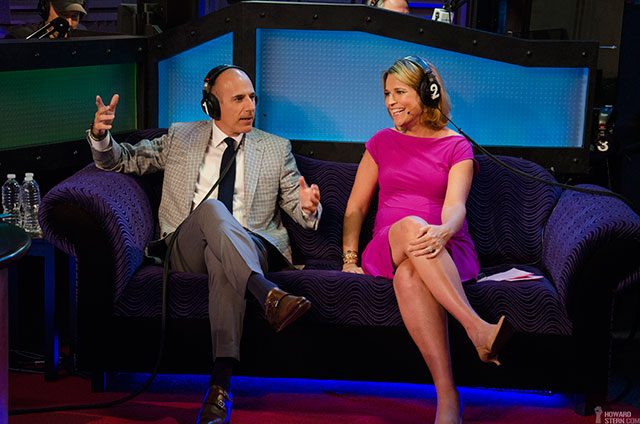 Howard had gotten word before the interview that Matt was part of some ice water challenge, where he dumps ice water on someone unless they give $100 to charity. He issued the challenge to Howard before he got into the studio and Howard nicely said if anyone dumps ice water on him, he’ll straight-up decapitate them.

Thank you for watching the Today Show, we’ll be back after these words!

The funniest part of the segment happened afterwards, when Stern Show senior producer (and professional fat guy) Jason Kapla n ran around taking inventory of all the food leftover from the catering that the Today Show provided its staff.

Jason claimed he was only there to take photos, but Howard didn’t buy it. Especially not after Jason ate a bagel with butter AND cream cheese on it during our last writer’s meeting. 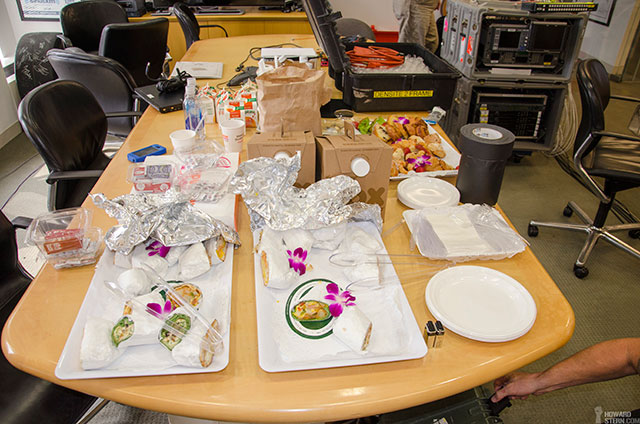 The Tan Mom Game and Everything Else