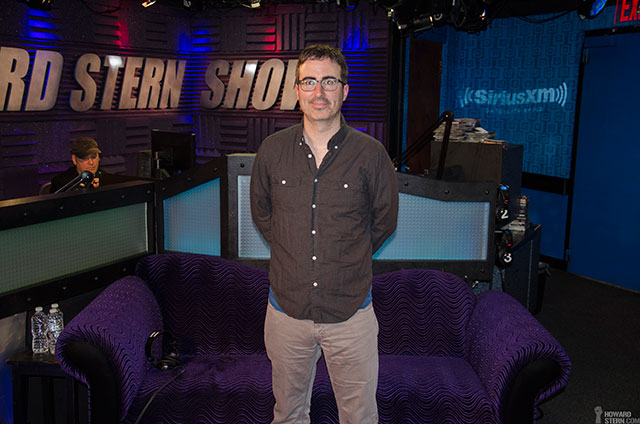 Comedian and “Last Week Tonight” host John Oliver made his Stern Show debut this morning to tell Howard about his life, filling in for Jon Stewart, and getting his own show.

Here are the highlights from Howard’s interview with John:

John grew up in England and was accepted to Cambridge University and said he was accepted because the prestigious school was forced to take a few lower-class students. It was there he started performing with an improv troupe which lists several luminaries among it’s alums, including Sacha Baron Cohen, who just started to break as John was finishing up school.

“My family was clear that I wasn’t going to offer much in the way of pride for them,” John told Howard.

John likened being an improv beginner to going to medical school — people only see doctors, they don’t see students hacking up dummies and making mistakes.

He said he started performing stand-up and learned how to make people laugh in the back of a pub. At some point, he had an epiphany and realized that he wanted to tackle politics and issues that truly interested him. He threw out all his surefire material and bombed horribly—but John said he loved it. He took the bus home from that awful gig more excited about comedy than he had been in a long time.

John said the only people who really didn’t want to watch him perform were his family. He even made his parents promise not to come to his gigs. Once, while performing at the legendary Edinburgh Festival, he heard his dad’s laugh a few minutes into his set and seriously considered leaving the stage.

He started performing on different panel-style TV talk shows and caught the attention of Ricky Gervais. He said that when “The Daily Show” was looking for new correspondents, Gervais recommended him to Jon Stewart and he was flown in to try some stuff out.

“The Daily Show with Jon Stewart” 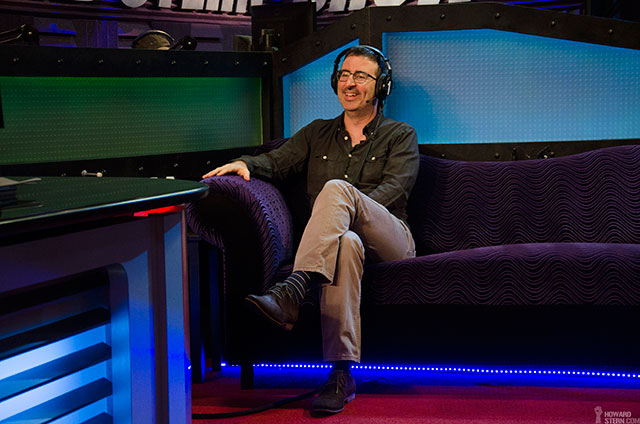 Armed with only one suitcase (because his manager had reportedly told him that the American way is to be fired in three weeks), he headed to “The Daily Show” studios in New York City. Immediately after finishing up with Jon, John said he was asked if he wanted to work there. He said yes.

While covering the Republican National Convention in Minnesota in 2008, John met the woman who is now his wife. John explained she was a combat medic who spent 2003 to 2005 in Iraq and still constantly travels to countries in peril to help out.

John said she helped him when he was in peril, too: While shooting at the RNC, John and his small “Daily Show” crew were about to be arrested for filming where they weren’t supposed to—which he said would have been disastrous as it might have jeopardized his work Visa. Thankfully, the woman who would later become his wife hid him from security.

When Jon Stewart took off to shoot the movie he had written last year, he asked John to fill in for him. He excelled beautifully in the role of host, but he told Howard he was petrified. His only concern, he said, was giving Jon Stewart his show back in one piece.

Getting His Own Show 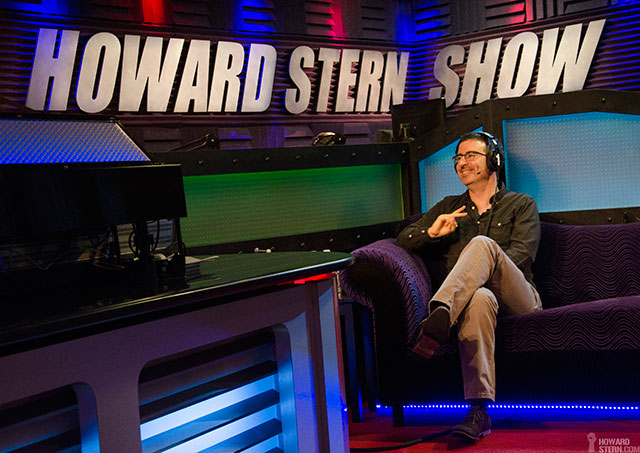 John said CBS head Les Moonves even invited him to talk about possibly having a role in CBS’s late-night TV lineup, just as he did with Neil Patrick Harris. While Neil was reportedly offered a whole sushi spread, however, John said he was given coffee and water.

HBO wound up being the network where John landed with his own show, “Last Week Tonight with John Oliver,” which tackles all the big news from the week before on Sunday nights. The show covers all kinds of topics, like the recent Indian election (the biggest election in history).

Next up, John said he hopes to tackle the story of how a Manhattan hedge fund is stopping an Argentinian war ship from sailing. It’s a confusing, sprawling story and John admits that he doesn’t understand it yet, which Howard respected.

Check out “Last Week Tonight with John Oliver” on HBO.