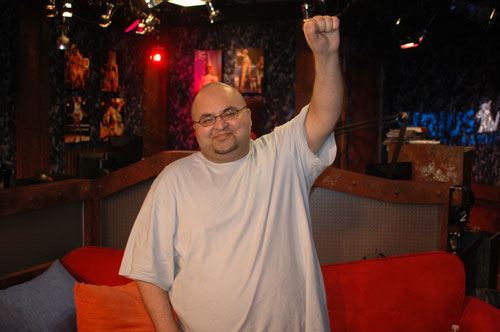 A few people have come out of the closet as gay on the Stern Show – High Pitch Mike, Joey Boots, and Captain Janks all admitted that they really like men.

So we all braced ourselves when wack packer and regular caller Hanzi announced that he has a big revelation.

There was no actually drumroll, but the anticipation reached a fevered pitch. Finally, he blurted out that he is a … VIRGIN!

We know you had an image in your head of Hanzi as a lothario, but he actually had never had sexual intercourse with a woman. He’s only gotten hand-jobs from strippers.

For some reason, Howard didn’t seem too shocked by this, and drew comparisons to JD, who was a late-in-life virgin (26) who used the show to get laid, so there might be hope for him yet. Stay tuned!