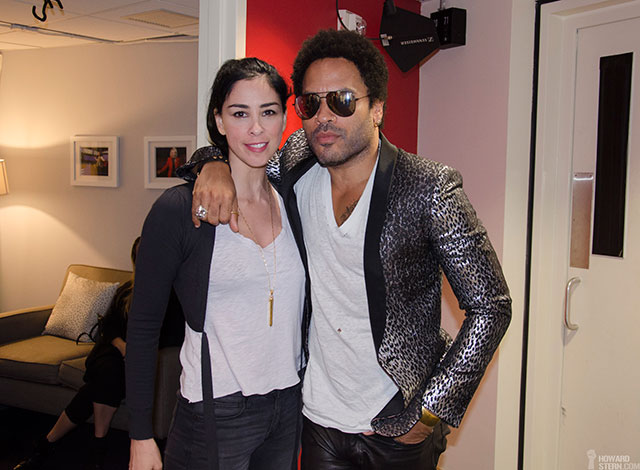 Longtime friend of the show Sarah Silverman did not tweet or call into the show about the death of Eric the Actor, instead she flew in to pay her respects in person. It didn’t hurt that she had an album signing in the neighborhood later in day.

Sarah just won an Emmy for her amazing stand up special “We Are Miracles.” Sarah was so surprised by her win that she ran up to the stage without shoes- she’d taken them off because they hurt. She also, regrettably, forgot to yell “Baba Booey” which she’d always fantasized about doing if she ever won an award.

Sarah has been all over TV lately, including a star turn on her boyfriend Michael Sheen’s show “Masters of Sex.” She gets topless in the series, which seems to have become a regular occurrence in Sarah’s career – she recently appeared topless in a shower scene in the movie “Take This Waltz.”

Fans might recognize her boyfriend Michael Sheen from “30 Rock,” “Frost/Nixon,’ or “The Queen’.” He was also once in a relationship with actress Kate Beckinsale, with whom he has a son. Sarah admitted she is doing her best to be a great stepmom. 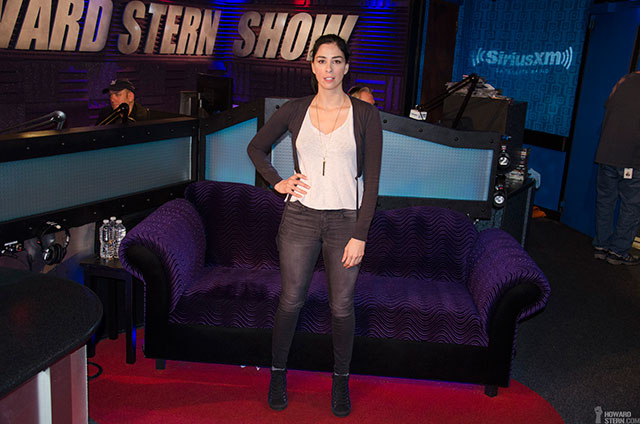 Howard was fascinated by one of Sarah’s stories about showering in the water run-off from her mom’s big bush. Sarah’s mom would be in the shower and a young Sarah would stand under her mother and wash herself in the water that ran down her mother’s pubic hair. The story really begins and ends there.

Oh, and about Eric the Actor, Sarah found him totally fascinating and she really, really misses him on the show.