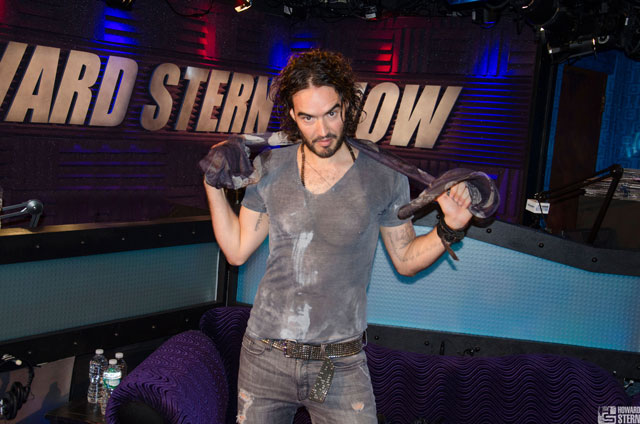 Comedian, movie star, author, and the ex-Mr. Katy Perry, Russell Brand stopped by this morning! Just kidding, nobody has ever really identified Russell Brand as ‘Mr. Katy Perry’, but he and Howard did spend a lot of time talking about Katy today.

They also covered everything from his spiritual quest to his sex addiction to his thoughts on a new America (even though he’s British).

It’s been a while since Russell and his ex-wife, enormous pop star Katy Perry split up. When they got married, both were on top of their game and super-famous. Russell’s life isn’t that crazy anymore, and he does place some of the blame for the end of their relationship with the glamorous, glittery ‘outside’ life. That kind of whirlwind lifestyle didn’t fit with the other side of their relationship – where, at the end of the day, they were just people; just an ordinary couple. Russell still has a lot of love for Katy and he doesn’t regret any of the time they spent together.

Robin asked if it were possibly that they could meet and fall on love again. Russell responded: ‘It’s not a romantic comedy, Robin!’

Russell is really trying to better himself spiritually through Transcendental Meditation. He’s trying to get inside himself and live out his own truth, which is important to a guy like him. He even heads straight to the restroom every time he stops by studio 69, so he can get his head and his body cleared out before sitting down with Howard. ‘I am an egomaniac and a narcissist’, he said. ‘I’m trying to move toward the part of me that’s sensitive and gracious.’ 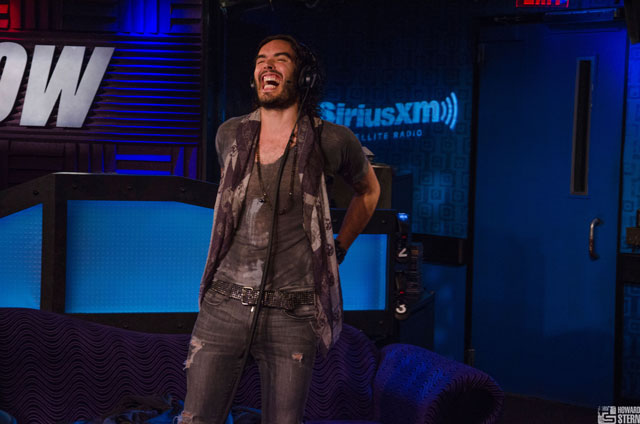 Russell is appalled that 50% of our population doesn’t vote and thinks that voting should occur all the time and be presented like America’s Got Talent. Howard pictured Nick Cannon walking out and telling America that tonight we’re voting on this or that and the voting would occur (via technology) in real time. Hey, AGT made magician Mat Franco a star, so why not take it a step further?

Russell is an admitted sex addict. The girlfriend Russell had right after his split from Katy reportedly likened Russell to Christian Gray from that huge hit erotica book Fifty Shades of Gray, but Russell said that nothing weird or kinky was going on.

He actually seems to be taking it kind of slow where women are concerned. Well, slow-ish ‘I’ve learned to love myself a little bit but not enough to go five minutes without a pretty girl’, Russell said. ‘I’ve got a dick don’t I?’

Howard read a story where he hit on Jennifer Lawrence at a party but, unfortunately, Russell just saw her at an event, he didn’t hit on her.

Howard suggested that a ‘Russifer’ coupling might really take things to the next level for Russell. 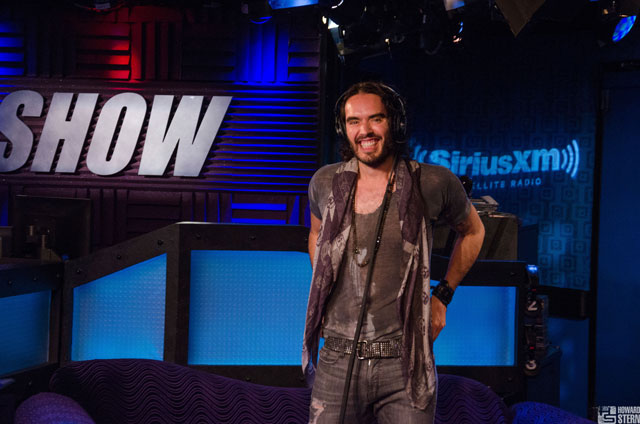 For all this and more, check out Russell’s new book ‘Revolution’.