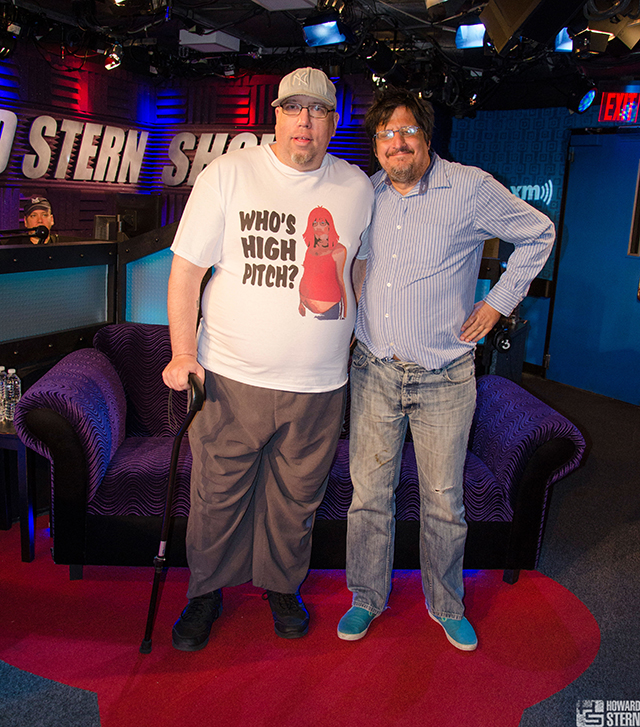 There have been many feuds that have captured the public imagination over the years – Joan Rivers and Johnny Carson, Neil Young and David Crosby, the Hatfields and the McCoys – but none perhaps as important or as riveting as High Pitch Erik versus Fred the Elephant Boy.

It all began when Erik felt Fred was getting more airtime on Jon Leiberman’s smash hit show ‘Leiberman Live’. Erik felt he was used less and less frequently as Fred appeared more and more – both on the Wack Pack panel and as a Man on the Street reporter.

Things got so bad that High Pitch actually threatened Fred with his cane! Yes, Erik is now walking with a cane (more on that later)*.

The two funny-looking adult males engaged in a classic snap battle where they traded zingers back and forth.

Here are some of the gems Fred shot at High Pitch Erik:

‘You are so fat – your mother screamed for 3 years after you were born!’

‘You look like a hippo but not as smart!’ 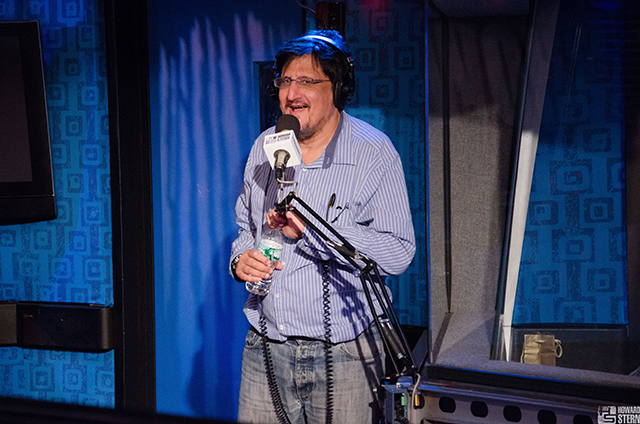 And naturally, Erik shot back:

‘You are so ugly – ISIS refused to cut your head off!’

‘You are so ugly – if you needed mouth to mouth – you would die!’

‘I’d say you smell like shit but that’s insulting to shit!’

*Erik is walking with a cane because his health has gotten so poor. He’s as big as a house and he showed absolutely no signs of improving until recently. It looked like High Pitch was a goner. 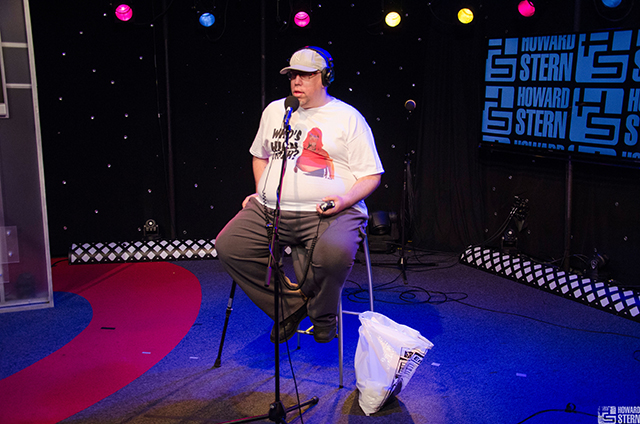 He was eating two bagels with extra butter and cream cheese for breakfast, for lunch he’d head to McDonald’s and order two mushroom swiss burgers, and up to seven Snickers bars in a day. And that’s just a sampling. Now, thanks to a friend with a hummus company, Erik is eating steamed fish, oatmeal, spinach and and other clean foods.

He’s actually lost an astounding twenty-six lbs! Just kidding, that’s what Erik said he’d lost. We put him on the scale and he was actually only eight lbs less than the last time we weighed him.

Still, we’re glad anytime anyone tries to better themselves, so congratulations on the weight-loss and on your big win in the snap battle!

HANZI AND ROBIN HOOK UP!