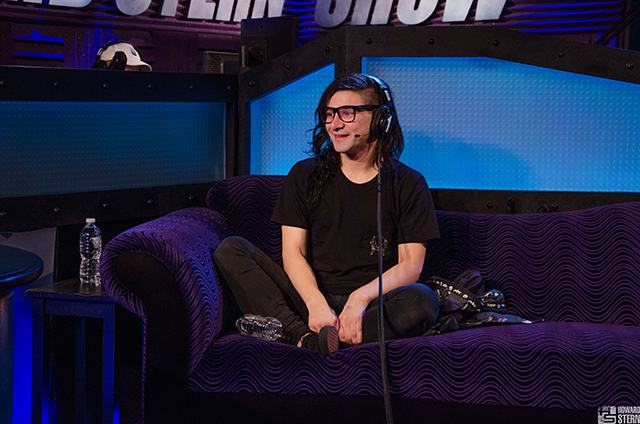 Howard wasn’t a fan of EDM (Electronic Dance Music) before this morning’s show, but that might have changed after his interview with EDM superstar Skrillex.

The musician/producer/DJ/songwriter/hairstyle rule breaker rose to prominence quickly and now reportedly makes $15 million per year putting kids everywhere into a trance. Here are the highlights from Howard’s interview with Skrillex:

Skrillex was adopted as a baby and didn’t find this out until he was sixteen. His adoptive parents were very supportive people, though, so it doesn’t seem like it messed him up very much. He got in touch with his birth parents and they were pretty cool too.

The first music Skrillex was exposed to was The Doors. Howard was never a big Doors fan, but he did like the song that Skrillex put together with the surviving members of the band. 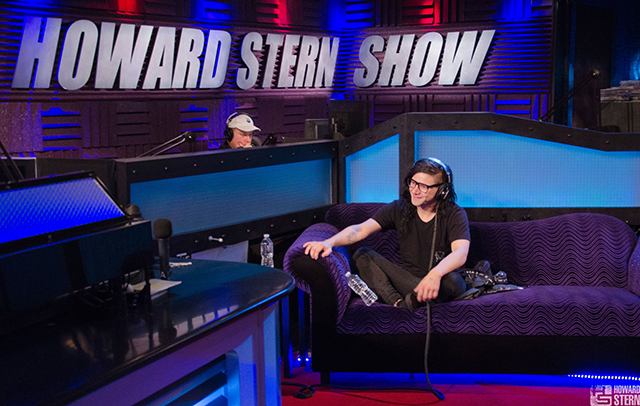 While EDM music is closely associated with a drug culture, Skrillex explained that it’s become much more about the music lately – the kids just want to hear hot tracks.

He dated chart-topped Ellie Goulding, but the pair have broken up. When they got together, Ellie was in an ‘off-cycle’ according to Skrillex, which meant that she had more time and basically went on tour with him. But once they both got busy, it was harder to maintain their romance. They remain friends.

Recently, Skrillex worked with a Canadian singer named Keisza, whom Howard found very hot. Skrillex denied any romance between them and even denied ever beating off to her, which Howard found difficult to believe. 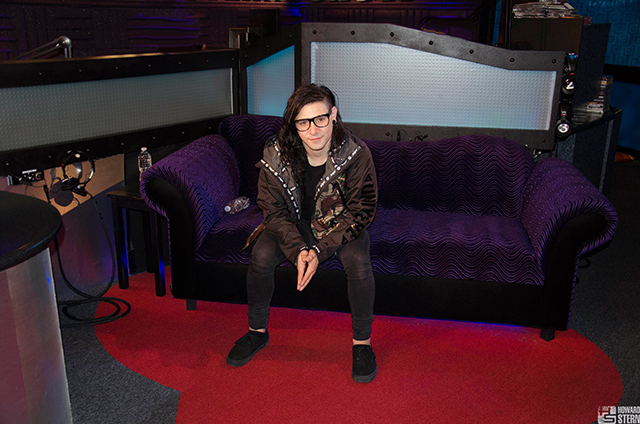 Skrillex admitted that he knew he resembled Corey Feldman and he often sings Corey’s smash hit song ‘What’s Up With the Youth’ to himself. You might recall that Corey famously performed the song on Howard’s Channel 9 Show in 1992.