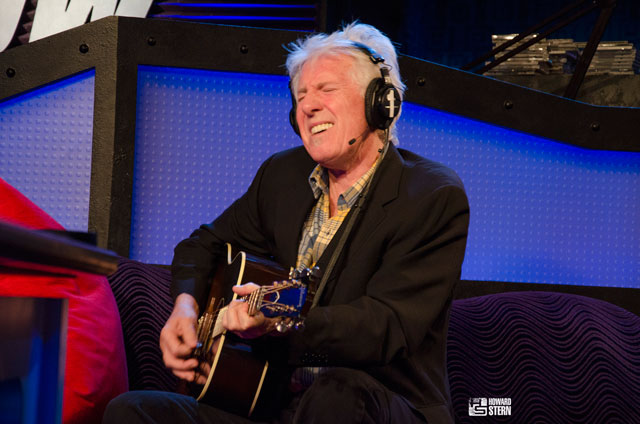 Rock legend (and a member of one of Howard’s all time favorite bands) Graham Nash called up this morning to announce his exciting special that will air on Howard 101 next Wednesday: Howard Stern Presents Graham Nash.

Graham was on the show last year to promote his amazing memoir ‘Wild Tales’ and it was nice to hear from him again. Howard asked what he thought of Led Zeppelin’s Jimmy Page rubber stamping signatures at his book signings – Graham thought it was ridiculous and promised to actually sign his name at any future signings he may have.

The special, which everyone should listen to, will feature Graham talking about and playing some of the greatest Crosby, Stills, Nash & Young songs all for you.

Speaking of Graham’s legendary band, Howard asked Graham about the feud between Neil and David Crosby. David recently said some pretty bad things about Neil’s new girlfriend Daryl Hannah and Graham theorized that David had a bad experience with her and he shot his mouth off about it. Unfortunately, the damage has been done.