Benjy and Elisa and Howard and Robin

Benjy and Elisa and Howard and Robin

The birth of a brilliant Benjy bit 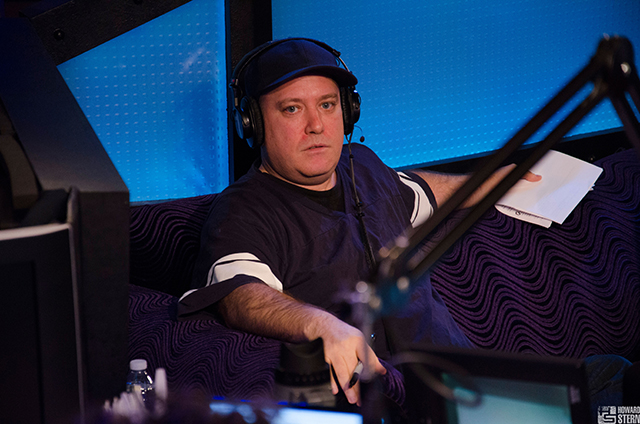 Benjy Bronk famously interviewed Howard’s lovely wife Beth a few weeks ago and, since it was such a raging success, he asked to interview Howard himself. Howard agreed and Benjy pushed further, asking if his ex-girlfriend Elisa Jordana could co-interview.

‘Why does it make me uncomfortable when he stares at me?’ Howard asked right at the start of a conversation he was loathe to be part of.

Aside from the fact that Benjy is blessed with a very creepy stare, he had another theory on why he freaks Howard out.

‘I have a theory about why you don’t like me. The people who upset you the most viscerally are myself and Scott Salem … I think I look like you at [age] seven.’

While we’re not sure if Benjy thought Scott also looked like Howard at age seven, he did say that they had similar eyes. What he meant by the ‘age seven’ comment was that he felt he looked like Howard when Howard was a cute little boy – before puberty.

Howard countered that Benjy is out of his mind.

Finally, after much ballyhoo, the interview began. Benjy and Elisa communicated through an elaborate series of signals and touches. Many, many questions were shot at everyone in the room. Here are the highlights:

Elisa asked Howard: ‘When is the last time you cried out of pain?’ Howard revealed that he had an emotional day recently with his daughters and parents and realized that his daughters are growing up and everyone is getting older. ‘It was a reaction, I got teary’. 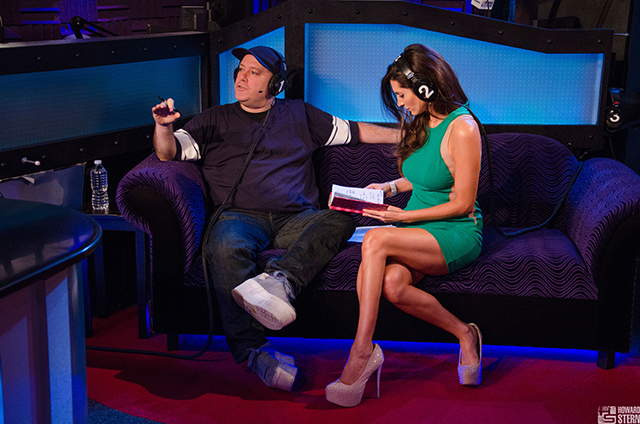 Benjy also wanted Howard’s thoughts on the upcoming end of his contract with SiriusXM. Howard admitted that he does fantasize about walking away. ‘Our contract is up in a year and sometimes I think we should just walk away… I have a fantasy where I can live a life.’

Howard revealed on the air a few years ago that at one point in his life, he actually had a gun in his mouth. Benjy wanted to know the circumstances. Howard stuck to his story, but said ‘I don’t think for a second I was going to kill myself – ever.’

Naturally – because it has to happen anytime Benjy and Elisa are in the studio together – Howard and Robin started asking them questions about their (on and off) relationship.

Elisa claimed she was very sexually attracted to Benjy at the very beginning – though she first came on the show saying she was A-sexual in her first interview with Howard. Elisa also revealed that she doesn’t believe a woman can have an orgasm during intercourse. Robin Quivers, the most sensual woman in the world, begged to differ.

Now onto the biggest question posed in the entire interview (of course, it was posed by Howard) Has Elisa ever fantasized about being with a woman. Yes, (she said yes!) and in face, men don’t really turn Elisa on.

She even went so far as to say that at least one woman has gone down on her, but she has never reciprocated. There was even almost a famous girl on girl hook-up – an ‘A list’ woman was really into Elisa, and even took some (tasteful) nude photographs with her, but Elisa didn’t go all the way.

She hasn’t tried any lesbian action recently, though. ‘It’s a specific kind of person I like. Megan Fox I like!’ While you picture Megan Fox and Elisa going at it, we’ll add that she specifically really likes the way Megan Fox thinks – and who knows how Megan Fox thinks? 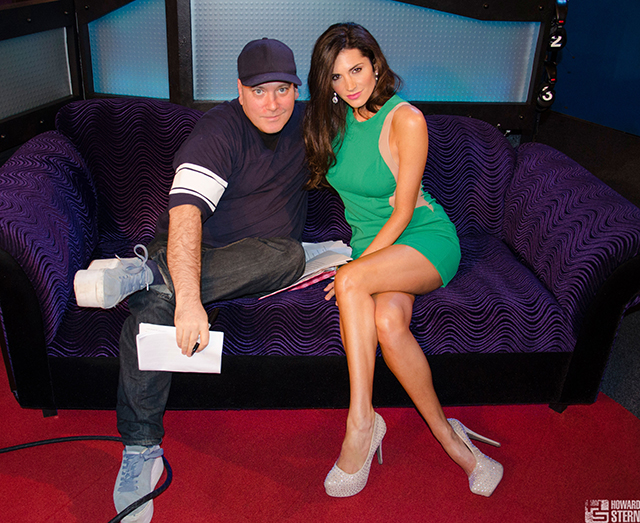 Howard and Robin were both loving the conversation. Robin even admitted to having girl crushes, but she still maintains that she always needs a man sexually. Howard, on behalf of the whole staff and the millions of listeners, asked Robin and Elisa if they wanted to kiss, but they demurred.

‘You two are really vibing!’ If only …

Daily News Is Out of Line, Howard Puts on Blast