What Robin Quivers Did on Her Winter Vacation: Booze, Booze, and More Booze

What Robin Quivers Did on Her Winter Vacation: Booze, Booze, and More Booze 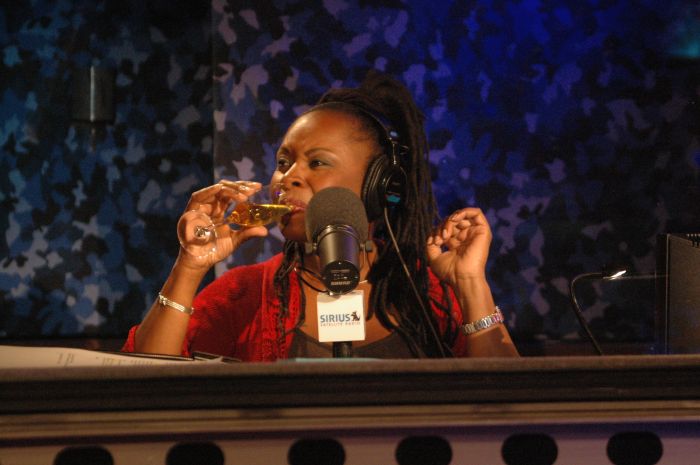 Hopefully you had a wonderful and fun holiday season, but it probably wasn’t filled with as many drinking games and MIRACLES like Robin’s was!

Ms. Quivers, who recently went to Amsterdam and smoked pot with her nephew, has taken to getting sloppy drunk with him now, too.

Over the holidays, she had her nephew and his girlfriend over and they played a drinking game while watching “Lord of the Rings.” They ended up so sloshed on egg nog that they all passed out on the couch, which legitimately sounds like a ton of fun.

Howard couldn’t believe that Robin would get wasted, given her recent cancer scare, but Robin countered that the Quivers women are invincible!

Not only did she, Robin Ophelia Quivers, beat cancer with a stick, but she was recently planning her mother’s final days when she too said “back off!” to illness.

Mrs. Quivers’ health had taken a bad turn and she had a stroke in the hospital and it really looked like she was a goner. She couldn’t even wake up at one point and everybody could feel the end approaching.

Then, like her daughter does daily, she triumphed – simple as that.

Howard marveled that the Quivers women are just like Wonder Woman; totally unstoppable.