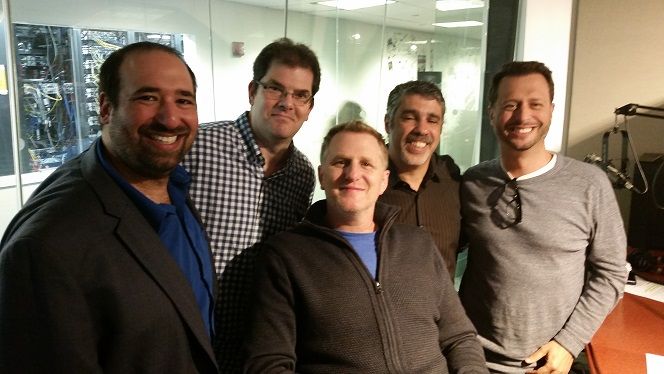 Actor, Stern Show fantasy football league member, and professional-level shit-talker Michael Rapaport called in this morning to – well, to talk shit, believe it or not.

At the end of the fantasy season, he lost to Gary Dell’Abate – a loss he did not take well.

Gary loved that Michael lost after talking so much so shit. Michael was number one for most of the season, and he wouldn’t let anybody forget it. He’d gleefully email the whole group about how he was going to f*ck them good and hard week after week.

Not just a few emails, either – at least 100 group emails as well as hundreds of individual emails to various members. Scott Salem was a particular favorite target of Michael’s.

Another favored target: Fantasy Football expert Matthew Berry – who is also a member of our league – called up as well, which only fueled Michael’s fire.

He took immense pleasure in beating the self-described ‘Talented Mr. Roto’, especially because the rest of the league sucked up to Matthew and looked to him for guidance. Michael used his twelve year old son to help guide him, and apparently a twelve year old is better than Matthew Berry according to Michael. (in actuality, Matthew finished as the #1 team in the league and lost to Gary in the playoffs, not Michael.)

Michael mercilessly mocked Matthew for losing to a Fantasy newbie like him, recounting a two page email Matthew sent after a regular season loss. Matthew tried to shoot back by saying that Matthew’s emails were always filled with outrageous misspellings, but Michael did not care. He was expelled from school in third grade for punching the principal! He went on to go to nine different schools and he doesn’t care about crafting perfect sh*t-talking emails.

The boys continued to go at it and eventually came to an agreement via a bet: $5,000 to whichever ‘player’ ranked higher – all money for charity of course.

Some league members also want a punishment for the loser of the league – but Michaell doesn’t want it to be anything gay. Yes, despite the fact that he’s constantly writing about f*cking Gary in the ass and forcing him to like it.

You’ll have to hang on until the end of 2015 to see how it all shakes out.