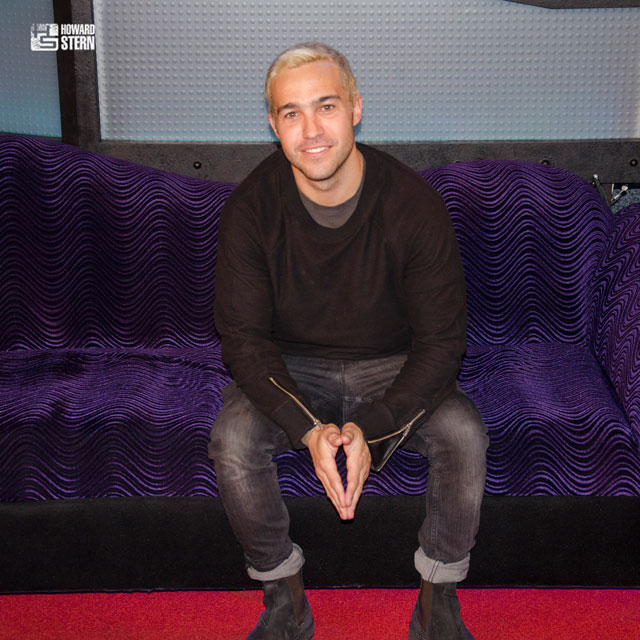 Pete Wentz is the bassist—and the sex symbol—of the hit band Fall Out Boy and something of a legendary Stern Show guest.

Not in terms of frequent appearances, but in terms of revealing discussion (not to mention the consequences).

Here are the highlights from Howard’s conversation with Pete Wentz:

He was married to his ‘dream girl’ Ashlee Simpson at the time of his last interview—and so excited that he couldn’t help but spill the beans about their epic romance. He talked about making love to Ashlee for the first time in front of a mirror and looking at himself, amazed that he was with his ultimate fantasy.

Pete also admitted that there was a little bit of a Yoko Ono thing in terms of Ashlee’s relationship with her Fall Out Boy bandmates—John Lennon also became ‘Mr. Mom,’ if you remember.

His Stern Show interview probably contributed to their divorce, but it wasn’t the sole reason. When Ashlee and Pete had their son, Bronx, Pete gave the music a rest, grew a beard, and became ‘Mr. Mom.’

He also became very unhappy and went through a difficult time. When Howard asked Pete if he felt betrayed by Ashlee for breaking up with him at his worst, he felt like it was part of the overall issue.

“I’d be an idiot to think I didn’t contribute to the unraveling of it, but you get perspective,” he admitted. 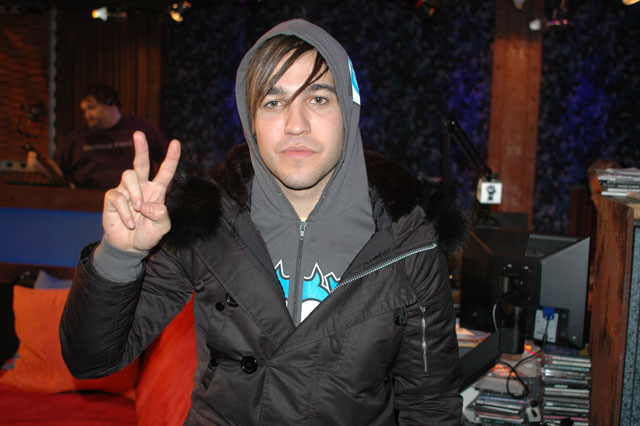 After their divorce, Pete got himself together for a little while, but then quickly started dating a woman who is now the mother of his second child (he even Instagrams naked shots of her in bed and yes, he’s still having sex in front of mirrors).

Howard asked Pete about the time he played Russian roulette when he was younger. Pete admitted he was on a “buffet of things” (prescription drugs) at the time and he didn’t actually pull the trigger.

As for his aggressive piercings, Pete did have his penis pierced but he took the piercing out eventually. While you recoil in pain, the cock piercing wasn’t even the most painful of Pete’s piercings—his septum piercing won that contest.

Anyway, Pete seems to be doing very well now, and Fall Out Boy have a brand new album out today called American Beauty/American Psycho. Check it out!