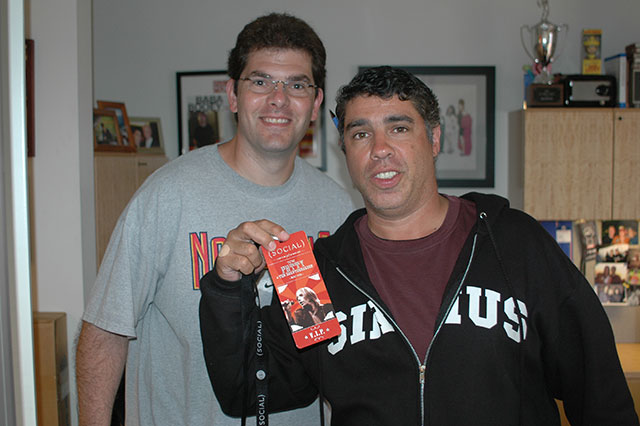 All of New York City was buzzing this morning as what is being called an historic blizzard I headed our way tonight. This is always a very stressful time when you work on the Howard Stern Show, but a very fun time if you’re a listener.

Howard loves to hear exactly how his staff is planning out their week to make sure they’re getting to work.

Gary Dell’Abate and Jon Hein are shacking up in the same hotel (but not, unfortunately, the same room).

Will and Jason and Steve Brandano and Nik Ruckert will also be holed up in hotels, watching the beautiful snow.

JD Harmeyer is now lucky enough to live in Manhattan (along with Howard, Robin, Fred, and Benjy) so they will all be fine. 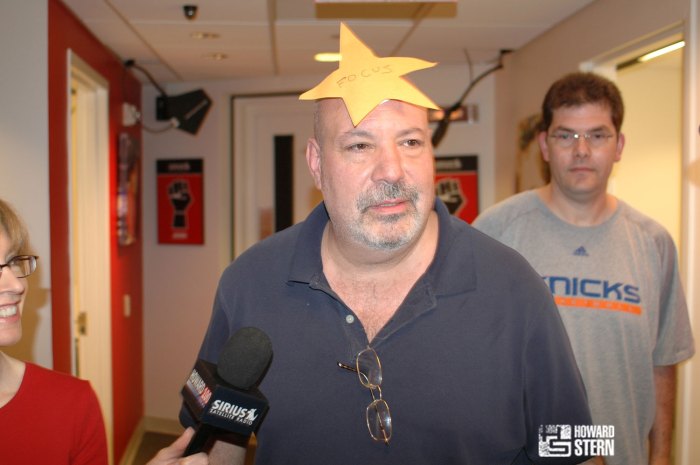 Stern Show writer Sal Governale was evidently totally unaware of the coming storm until this morning. Howard asked what the hell he was going to do and Sal says he was trying to book a (very) last minute hotel room.

Stern Show writer Richard Christy doesn’t live very far away, but he lives in Queens, not Manhattan, which mean he has a bridge to cross if he wants to get into work tomorrow. The blizzard might make that impossible. Richard is willing to risk it, as he has a wife and two guinea pigs that he can’t bear to be separated from.

But nothing compares to Scott ‘the Engineer’ Salem, who is basically looking on tomorrow and Wednesday as vacation days.

Scott announced to Howard that he was going home and sleeping in his own bed tonight, and if he can’t get in to work tomorrow, so be it. Howard asked Scott if that meant he wasn’t essential to this organization and Scott responded that he is, but he’s also essential at home.