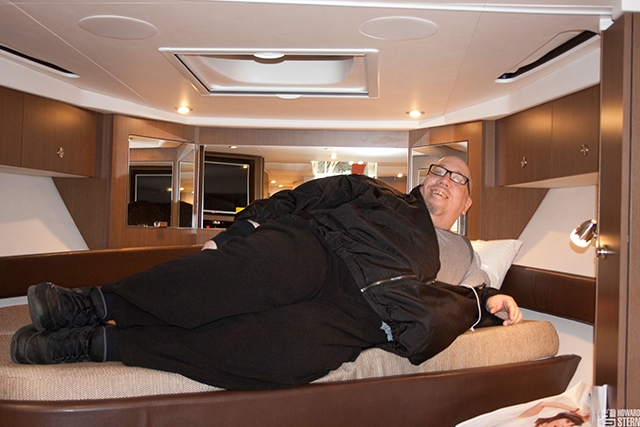 Stern Show Executive Producer Gary Dell’Abate made a charity appearance at a boat show last Thursday Night. And lest anyone think that his new diet has made him any healthier – he’s still as fat as an elephant.

He actually put on twenty lbs!

Howard marvelled and lamented that we’ve already lost so many members of the show – he just knows High Pitch will be next.

High Pitch didn’t seem too concerned – he’s actually leading a nice life. Somehow the government (we) pay for a maid to clean Erik’s apartment and do his laundry (yuck) twice weekly.