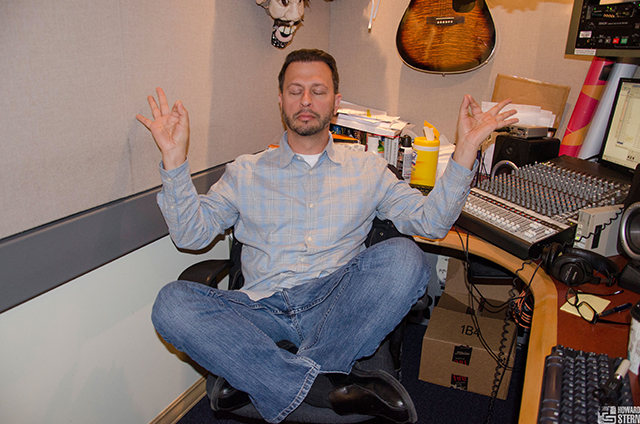 This was an almost impossible question for Howard to answer. He narrowed the contenders down to Benjy Bronk, Sal Governale, JD Harmeyer, or Ronnie Mund.

Howard vacillated – first saying Sal is the most embarrassing, but then deciding that at least he looked normal. But then again, he has a long history of acting like an ass at parties – he once drew semen on a poster at a birthday Party and another time he famously unplugged the TV during the New Years Eve countdown.

Howard moved onto Benjy, who is sweaty and has pimples, and Ronnie, who likes to scream obscene things. Then there’s JD, whom Howard has said he actually thinks of as a son. But JD is very awkward socially. Gary pointed out that he recently took JD to a big time Hollywood party and he spent the whole time in the corner watching the Cincinnati Reds on his phone.

When the dust settled, it finally became clear to Howard – Sal is the person he’d least like to introduce as his son.