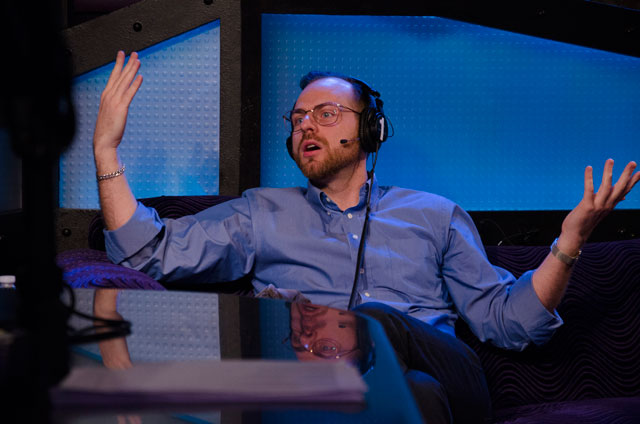 You may remember Howard playing clips of “Rude”Jude Angelini interviewing Tom Hanks’ rapper son “Chet Haze” from a few months back. It was pretty awesome.

Good enough that Howard invited Jude to stop by and tell his story this morning — and Jude did not disappoint.

Jude has lived something of a wild life. He grew up in Pontiac, Michigan, and let’s just say his childhood wasn’t a dream. He didn’t lose his virginity until he was seventeen, which was old in Jude’s neighborhood. He met his first romantic partner while on the clock at his job at McDonald’s. “We used to bang at McDonald’s in the closet,” he said.

He lied his way onto “The Jenny Jones Show” and his personality was such a hit with audiences that he was asked back, and ultimately made over 80 appearances.

The Jenny Jones gig led to Jude meeting a pre-superstardom Eminem, which eventually led to Jude getting his own radio show – the popular All Out Show on Eminem’s Shade 45. 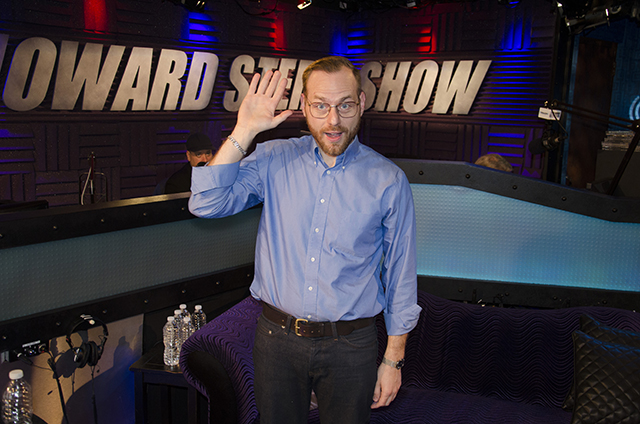 While he’s still wild, he surprisingly isn’t into hardcore drugs or weed or alcohol. He’s not a total teetotaler, though – he had GHB in his pocket. He takes it recreationally.

And, sexually, Jude is still adventurous. He revealed he has sex in his broadcast studio, which is tiny. He is also into three-ways and prefers two guys on one girl.

For all this and much, much, much more – listen to Rude Jude’s All Out Show and check out his book “Hyena.”