Leila Zucker Is From Mars 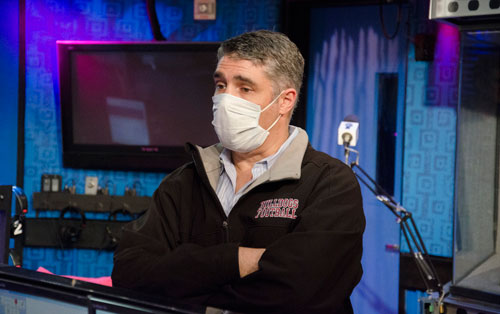 It was revealed on yesterday’s Howard Stern Wrap Up Show that executive producer Gary Dell’Abate and his beautiful wife, Mary, share a bathroom in their master bedroom. That’s not unusual, but what is unusual is that Gary loves taking dumps in the toilet while his wife applies her make-up.

The toilet is behind its own door, but Howard was still confused why Gary wouldn’t just use one of the other bathrooms in Dell’Abate Castle to dump out.

As if that weren’t enough, Sal Governale – longtime foil to Gary – revealed that he and Richard had once walked into the bathroom just after Gary exited and the stench of Gary’s shit was so so overwhelming that it seemed unhuman to them.

Richard said he’d smelled dead animals back on his Kansas farm and Gary’s waste was worse.

Gary astutely pointed out that he was being judged by two guys who walked into the bathroom after him to pee together. Touché!

What Does Howard Dread the Most?