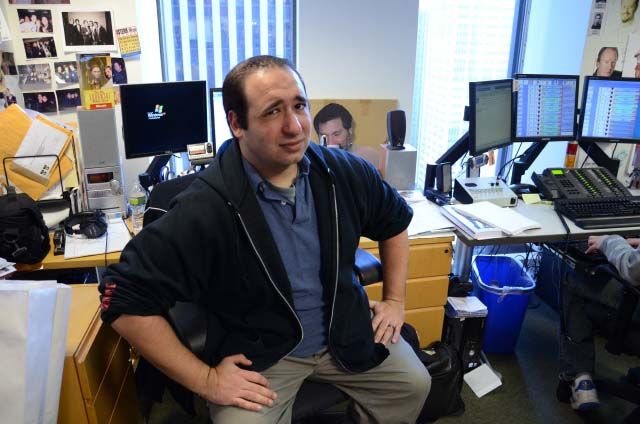 The Stern Show compound bathroom has been a constant course of controversy since we first got to Sirius in 2006.

Whether it’s Sal and Richard using it to pee together, Stern Show executive producer Gary Dell’Abate puking in it, or Robin walking in on Benjy while he urinates because he didn’t lock the door.

Today, just as Howard went to commercial break after the Clay Aiken interview, Robin needed to pee before another installment of her legendary newscast. As she walked into the bathroom, she was overwhelmed by the stench of feces and the chemical air freshener that was used to mask it.

She did her business quickly and, as she opened the door, guest Clay Aiken was waiting to use the facility after her. Robin was mortified that he would think she just wrecked the bathroom*, so she ran away and immediately told Howard about the situation.

Stern Show producer Jason Kaplan was the culprit. He claimed that he hit the restroom to pee but realized that he had more work to do than he originally thought. 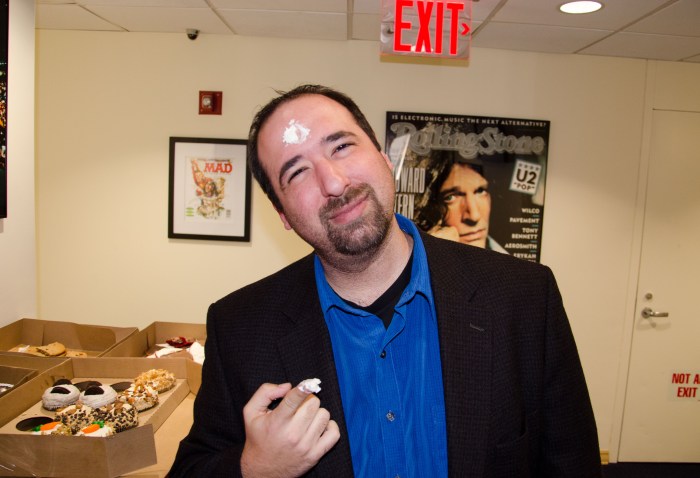 Jason revealed that he drops a bomb twice daily and this was one of those two times! Howard decreed that no one should shit in the guest bathroom at any time. We’ll see what happens.

*Robin did once wreck the bathroom at K-Rock to such a degree that she felt terrible for the woman who entered after her.

How to Score a Date With Clay Aiken