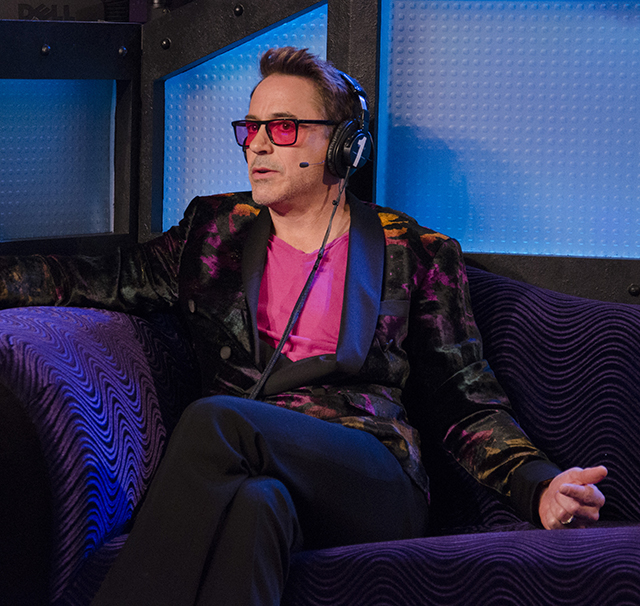 Robert Downey Jr., possibly the biggest movie star in the world, has become a fast and very close friend of the Stern Show since his triumphant appearance at the Howard Stern Birthday Bash (where he promised to come on the show to promote every movie he ever puts out).

In order to thank him for his generosity, Howard made a hilarious video for Robert’s own 50th Birthday Bash earlier this month. In the video, Howard performed Happy Birthday to Robert by playing his armpit while using Stern Show executive producer Gary Dell’Abate as a chair.

Aside from Howard’s video, the party had many other highlights and boldface names. Duran Duran and Steely Dan were the musical entertainment. How much does a band like Steely Dan cost? “Hundreds of thousands of dollars and they’re worth every penny of it”. Robert got up to perform with them and he forgot all the lyrics.

And the guests who enjoyed the A-list entertainment were also, you guessed it, A-list stars themselves. Aside from Robert’s family and childhood friends, Jeremy Renner (but nobody else from the Avengers), Jennifer Aniston, Reese Witherspoon, Gwyneth Paltrow, Katie Holmes, Dustin Hoffman, Edward Norton, and Jason Bateman. Nobody was allowed to bring cell phones so the crowd could really get down and enjoy themselves.

And the whole layout of the place itself was insane. We’ll just let Robert describe that for you.