9 Things We Learned From Who Frontman Roger Daltrey

Mr. Worldwide's channel, Globalization on Channel 13, features music from around the world 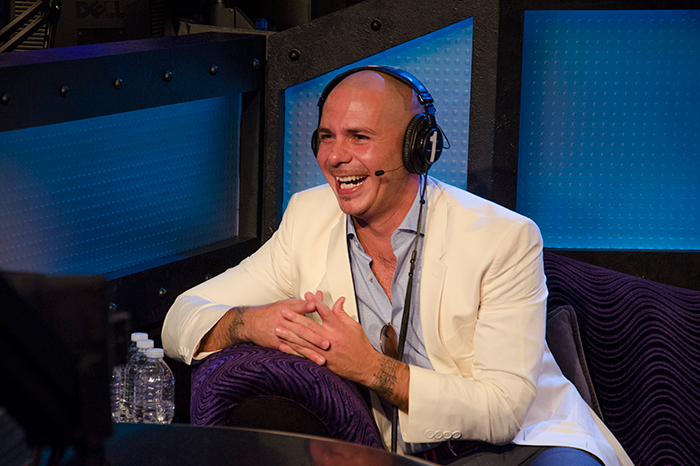 Legendary rapper Pitbull stopped by the Stern Show this morning to promote his brand new channel on SiriusXM – Globalization on Channel 13. Howard congratulated him on joining the ranks of Eminem, Bruce Springsteen, the Grateful Dead, and Tiesto, all of whom also have their own SiriusXM channels. While programming kicked off Tuesday, things will really get heated up when “Mr. Worldwide” hits the stage at the legendary Apollo Theater in Harlem Tuesday night to ramp up excitement. The show will be broadcasted live on Globalization.

“The only thing that I’m really able to speak about is the world at this point because that’s all I’m seeing,” the Cuban-American star explained. “It goes to show you, if you can envision it, you believe it, you focus on it, and it just comes to life.”

The musician, who also goes by the name Mr. 305 (a reference to his native South Florida area code), is politically active within his community but told Howard he doesn’t currently plan to endorse any particular candidate in the upcoming presidential election – not even Floridian politicians Jeb Bush and Marco Rubio.

The entertainer did break some interesting concert news, however. He told Howard that he “couldn’t wait” to perform in Cuba after the United States lifts its embargo. He said he has traveled to the country before but would be eager to “do something real special” there in the near future.

“Cuba, when it opens up, will be something very interesting,” Pitbull explained. “It’s a huge island, has a lot to offer… and everything around it has never been touched.”

Howard was excited for fans, remembering when he first saw Pitbull perform live on “America’s Got Talent” and and how fired up the audience got.