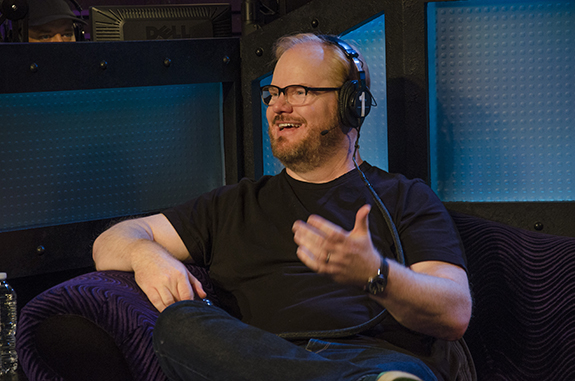 Jim Gaffigan didn’t actually eat while he was in the studio, but you might have gotten hungry. He talks a lot about food.

Food is one of many daily observations and gripes that Jim looks at through his unique kaleidoscope and we, the American public, are the ones who benefit.

Here are just some of Jim’s profound observations about mundane things:

Eating – Jim is an ‘eatie’ (as opposed to a ‘foodie’) and he loves to consume. His wife recently chastised him for eating an entire pint of ice cream, saying ‘don’t you want to be around for our daughter’s wedding?’ Jim thought about it and realized that that is a horrible incentive – ‘want to stick around for 18 years for an awkward party that you pay for?’

Bowling – Jim does not consider bowling a sport and chuckles at those who do. What other sport can you play WHILE eating? None. There is, as Jim points out, a cigarette ashtray affixed to many surfaces in many bowling alleys. They actually encourage you to smoke and drink while you bowl. You can’t do that while playing tennis.

Shellfish – Jim hates shellfish. They are the bugs of the sea. And furthermore, he is convinced that people don’t actually like lobster – they like butter. It’s an elaborate excuse to eat butter. 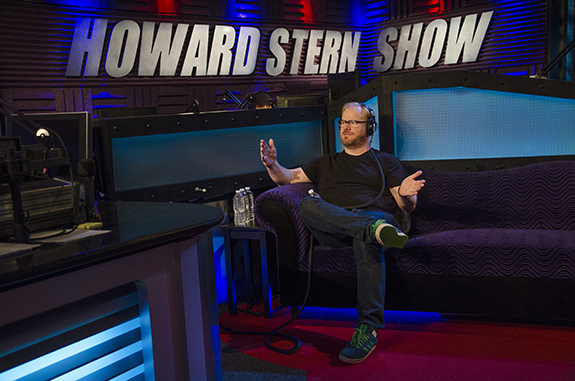 Disneyland – Jim has no problem with Disneyland per se (except probably the long lines and hot weather, which we all hate) but he does have a problem with men who go to Disneyland without kids. There is, he says, nothing normal about that whatsoever.

McDonalds – Jim likes McDonalds (as do many of the guys on our staff) and he’s amazed at how demonized it is, especially in the workplace. When he was a young copywriter, he’d bring a back of McD’s back to his desk and people looked at him with shock. ‘What?’ he’d ask. ‘It’s not like I’m drunk’.