Sal Governale Takes on the Homeless

Behind the madness of the infamous event 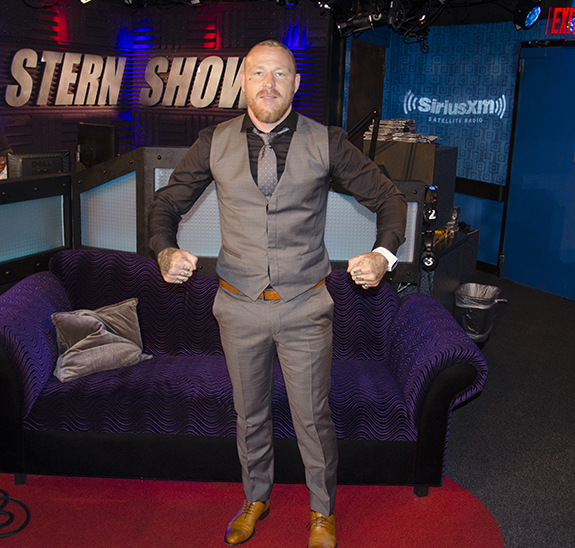 If there were a SiriusXM Howard Stern Show Hall of Fame, then the 2011 segment where radio host Jason Ellis put clamps on his penis and Stern Show announcer George Takei removed them would be inducted year one.

Jason returned this morning, and though George was not present, Jason still blew the doors off the studio with his shocking and honest interview.

First, he explained to Howard what his insane-sounding yearly event ‘EllisMania’ is. Jason is about to hold his 11th EllisMania in Las Vegas – not only does Jason fight, but fans and professional fighters and even “Teen Wolf” star Tyler Hoechlin is fighting. 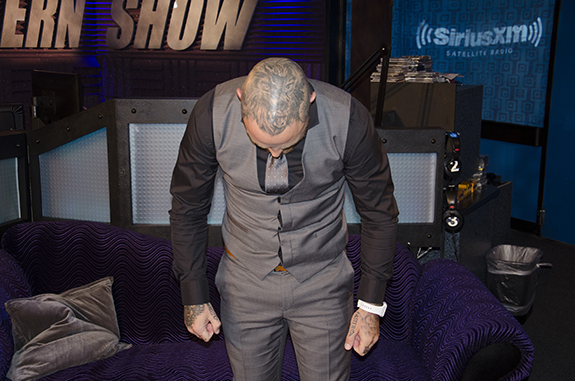 EllisMania gets pretty insane, but Jason set Howard’s mind at ease, saying that the only person who could actually die at the event is himself.

Speaking of fighting, Jason got into it recently with longtime Stern Show guest Andrew Dice Clay when the Dice Man stopped by Jason’s show with his son. Jason was not a fan of Dice’s son’s band and Dice did not take the criticism lightly.

But it’s not all fighting, Jason is also a lover. And boy did he open up about exactly what he likes to do in the bedroom and with whom (hint: it’s chicks AND dudes).

If this all sounds awesome to you (and of course it does) then check out Jason’s 11th annual EllisMania!