COFFEE IS FOR CLOSERS 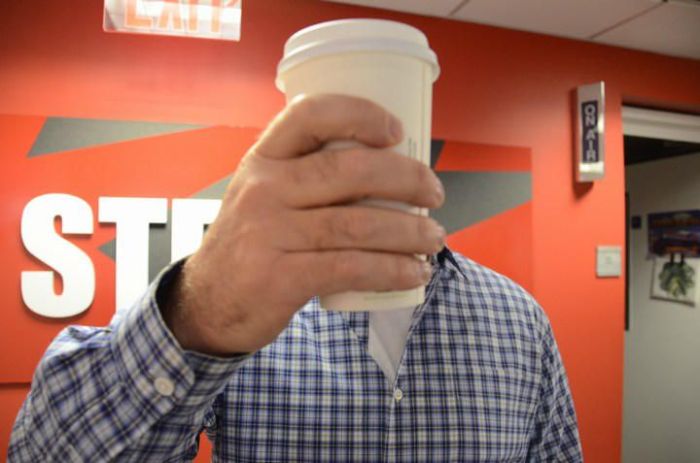 Maybe it was thanks to Alec Baldwin’s tremendous interview right before we went to break (since he famously warned that ‘coffee is for closers only’ in Glengarry Glen Ross) but something triggered Howard to start drinking coffee for the first time in decades.

He showed up this morning with a steaming cup of Starbucks and relished the delicious jolt of energy the beverage provided.

Co-host and newswoman Robin Quivers also recently started drinking coffee again a few weeks ago, and she is already the best in the world at it.

It will be interesting to see how becoming a coffee drinker will effect Howard (he’s never hosted a radio show under the effects of caffeine before).

Will he be less irritated by Stern Show executive producer Gary Dell’Abate? No, probably not.

Howard at ‘The Wedding’