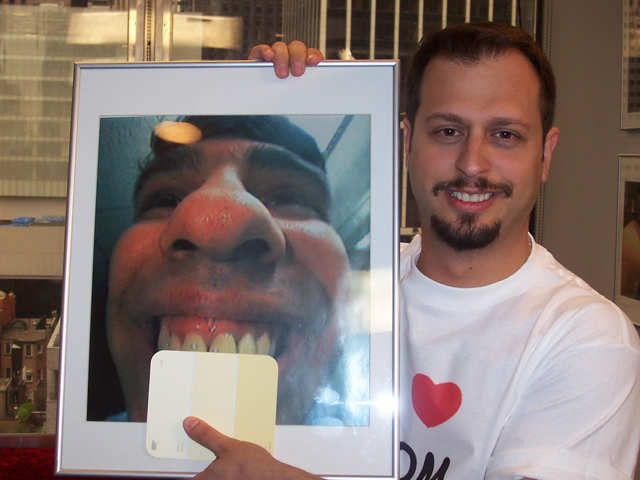 During a more-or-less innocent conversation about the last time writer Sal Governale had sex with his wife, things got heated between Sal and his longtime adversary Gary Dell’Abate.

Granted, Sal was literally hired because of how mercilessly he goofed on Gary, but today things turned vicious quickly. Gary theorized that Sal is afraid of his wife and Sal shot back that he is not. Gary accused Sal of not telling the truth — saying Sal complains about all this stuff in the halls of the office but won’t be honest about it on the air.

Sal admitted that he masturbated during a recent vacation instead of engaging in love-making and even revealed that he sometimes beats off thinking about banging his wife.

Sal countered that he’d like to f*ck Gary’s big lips because they are like a smelly p*ssy, then said some unprintable things about what he’d like to do to Gary’s lovely wife.

Getting To Know The Real Stephen Colbert

Exclusive: Jimmy Kimmel Will Be A Guest on Stephen Colbert’s ‘Late Show’