Something that’s been brought up a few times this week as we near Halloween is Richard Christy‘s claim of being able to distinguish different pumpkin beers by chugging them through his asshole.

Howard invited him into the studio to do the deed, but Gary had to set up a tarp before they started so there wouldn’t be any ass-beer spillage on the carpet.

“Gary can you hold my legs?” Richard, our resident pumpkin beer connoisseur pleaded with Baba Booey as he stripped down naked and threw his ass in the air. Much to Gary’s horror, he came face-to-face with Richard’s “ball bag.” 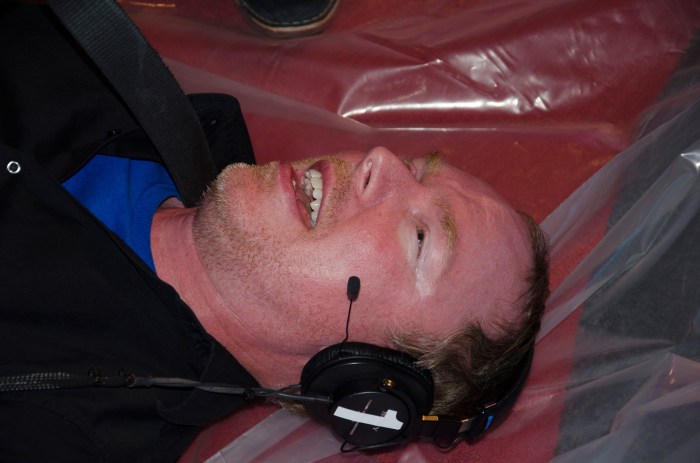 Is that the cider?

Everyone was a little disgusted, but also fascinated by how the beer swirls into Richard’s body like when you flush a toilet. “I flex my rectum,” he explained.