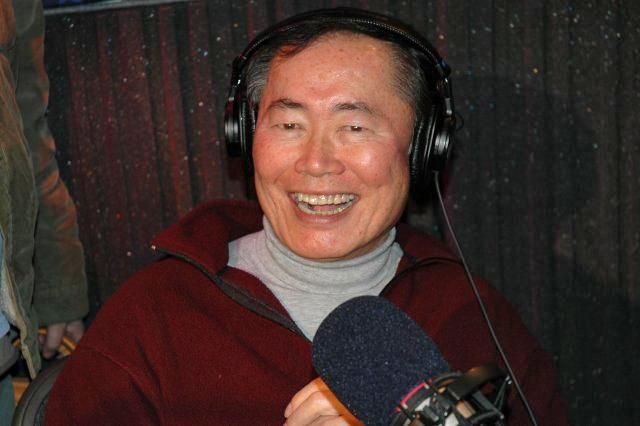 Oh my! The official announcer of the Howard Stern Show, George Takei, was live in the studio all day.

George’s play “Allegiance” (in which he invested a large sum of his own money) is out of previews this weekend and will make its grand Broadway opening. Howard and Beth were supposed to go — along with Gary and Robin — but Howard told George this morning that Beth has a family emergency she has to take care of. As a compromise, he will be walking the red carpet for George on Sunday, but then leaving and coming back to see the show with Beth another day.