"Star Trek," X-Men," and his a questionable circumcision 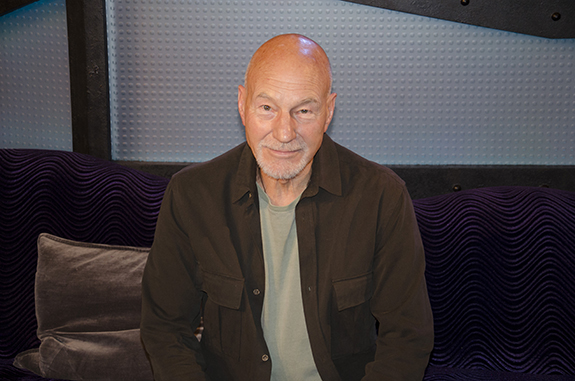 Sir Patrick Stewart is a world-renowned actor whose new show “Blunt Talk” is taking him back to his roots as a news reporter. At the ripe age of 15, Patrick graduated from high school and started his career in journalism, working for his local newspaper. “In certain communities, children grow up very quickly,” Stewart told Howard. “I was never a kid. I was never a teenager. I’m having my teenage years right now.”

When Dad Came Back From War

Childhood was not easy for Sir Patrick after his father returned home from fighting in World War II. Having served as a regimental sergeant major in the British Army, Patrick’s father came back and began working as a laborer but his military service had taken its toll on him. “My father was a weekend alcoholic,” Stewart explained to Howard, saying that he grew up watching his father beat his mother. Often times, Patrick would have to step in between his parents in order to prevent any punches from being thrown. What is known today as post-traumatic stress disorder (PTSD) was simply referred to as “being shell shocked” back then and Patrick admitted that that was indeed what his father suffered from.

Losing His Hair, Keeping His Foreskin

Stewart’s signature bald head that we all know and love has been that way for nearly six decades now – the actor lost all of his hair around 18 years of age. Howard wondered if going bald that early in life is devastating to a performer but Patrick acknowledged he never aspired to be the star he now is. “I never saw myself as a leading man,” he said. “You must believe me, I almost daily have to pinch myself.”

While there’s no question that Patrick has a follicular challenge, there was some debate over whether or not Sir Stewart was circumcised. He used to assume that he was in fact a cut man but his wife, upon inspection of his family jewels, argued otherwise. During a doctor’s visit, Patrick inquired with his physician whether or not he had indeed gone under the knife. Turns out, he’s been uncircumcised this entire time. “I have seen uncircumcised penises,” Stewart said this morning. “They’re amazing. They look quite different. I never looked like that.” He thinks the confusion stems from his mother telling him at an early age that he was circumcised since, “that’s what everybody was doing back then.” 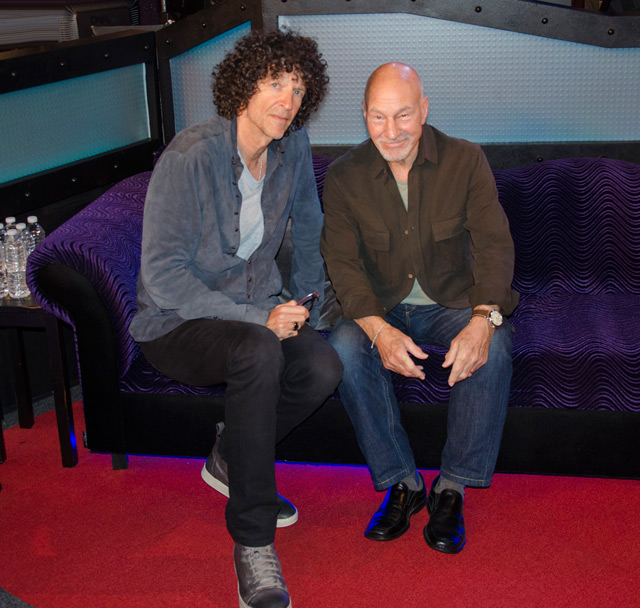 Captain Jean-Luc Picard was the role that changed everything for Patrick but had producers listened to “Star Trek” creator Gene Roddenberry, Stewart would have never been allowed to command the Enterprise.

“Gene was opposed to me being in the show from the very beginning,” Patrick said, explaining that it was “Star Trek” producer Robert Justman who fought hard to get Stewart his now iconic role. How Patrick ended up on Justman’s radar was as simple as being in the right place at the right time – speaking at an academic lecture at UCLA that Justman happened to attend. The next morning, Stewart got a phone call from his agent (whom he had never met) saying that they were interested in having him audition. It wasn’t long before he was meeting with Roddenberry at his home.

“All I can remember is that every room had orange shag pile carpet,” Patrick said of his meeting with Roddenberry. “I think I was more interested in the carpet than I was in the conversation.” The role of Picard eventually came down to Patrick and another actor, with Stewart winning the part. He was never told who the other option was but he’d love to know.

Fast forward to Stewart being offered a role in the “X-Men” movies, a job he told Howard he wanted to turn down. After already being involved in such a beloved franchise like “Star Trek,” Stewart didn’t want to become involved in a film franchise like that. But it was after seeing Professor X on the cover of a comic book that he realized…this was the role he was born to play.

Listen to some highlights from Patrick’s interview here!