The Wack Packer appeared in studio to settle a bet with Gary. 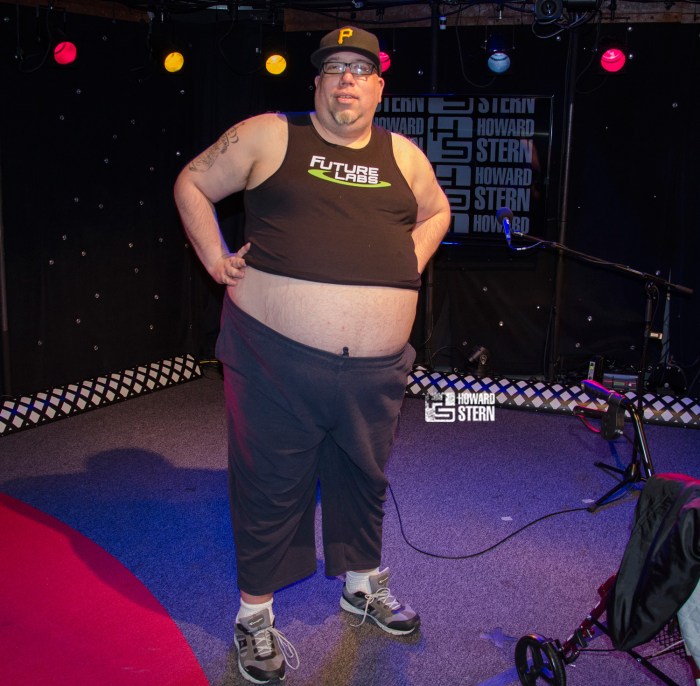 High Pitch Erik came to the studio this morning to be weighed after betting Gary $50 he could lose 20 lbs. in the past few weeks.

Before Erik even walked into the studio, Gary reported that he was wearing “a tank top where his whole belly is exposed.”

Within a second of looking at him nearly everyone could tell that he most certainly hadn’t lost much weight if any – and he may have even gained weight.

Last time Erik was in he weighed 407 lbs. making him eligible to win the bet with Gary if he weighed 382 lbs. or less. At first he only stepped onto the scale with one foot, leaving the staff surprised as the dial wound up to around 360, but once he stepped on all the way it skyrocketed to 413. That means Erik officially gained weight instead of losing it.

“The fact that you can walk is a miracle,” Howard remarked. 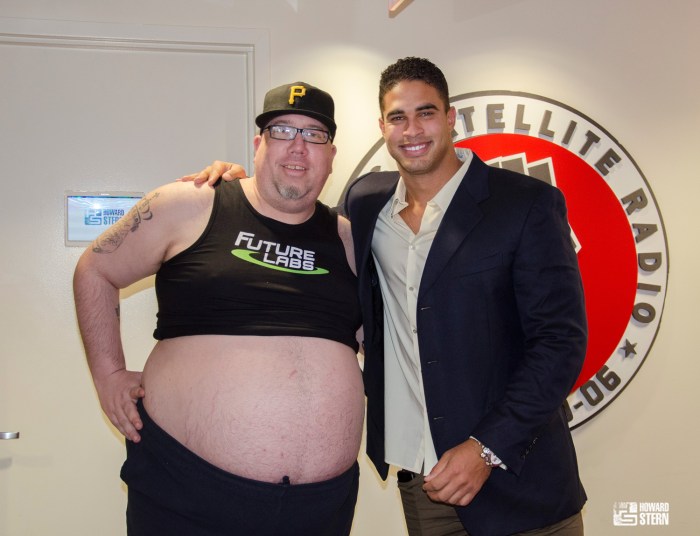 Mason said he was dedicated to helping Erik lose 100 lbs. within six months. Howard, Robin, and Gary tried to talk the unsuspecting trainer out of it, recounting all of Erik’s past attempts at dieting and his near-certain requests for money, food, and favors that will soon be directed at Brandon. And then there will be the incessant phone calls.

“It’s going to be a disaster,” Howard told him.

Brandon stayed strong in his commitment until the conversation turned to Erik’s preference to be stretched while wearing minimal clothing. Howard surmised that Erik was just doing this because he found Brandon attractive.

While Erik remained steadfast in his love for only Donnie Wahlberg, he did offer his own guess as to how big Brandon’s penis was: 9 inches. Donnie’s, meanwhile, Erik thought was closer to 11 inches. 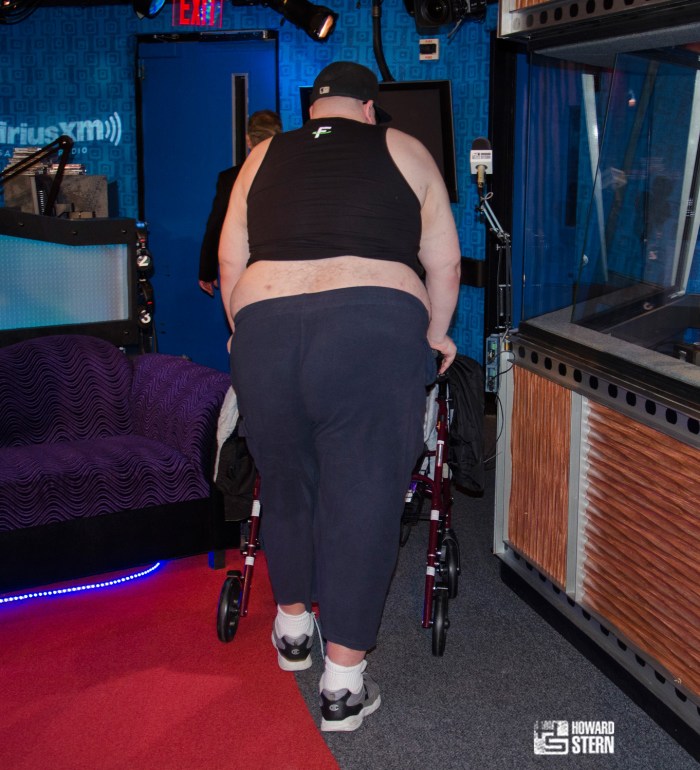 Good luck to both High Pitch and Brandon Mason.

Scott the Engineer: A 30-Plus Year Timeline of Bad Luck and Great Radio