Shuli Recounts Life on the Road with Mr. Shoes.

Howard played tape of Wack Packer Sour Shoes calling into Mike Francesa’s show as Chris “Mad Dog” Russo recently where Francesa hung up on him and was not amused.

Howard said he gets annoyed when Sour calls in to other shows and gets that type of reception. “I appreciate his talent,” he told listeners.

Recently, Sour Shoes and Howard 100’s own Shuli Egar headlined a standup comedy show together and Howard said the photos he saw were “so strange.” 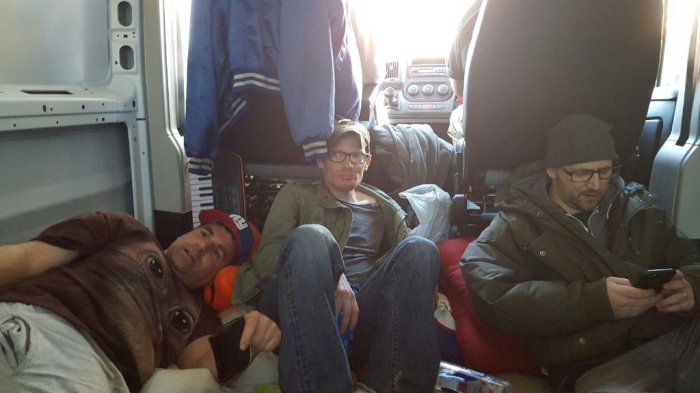 Shuli came in and recalled how when they were figuring out how to get to the venue, which was in Virginia, Sour said that he had a hookup for a rental van and would take care of it. Sour showed up with this box van where the back was just filled with mattresses, keyboards, games, and toys everywhere complete with Sour’s friend “Cousin Matthew” at the wheel. 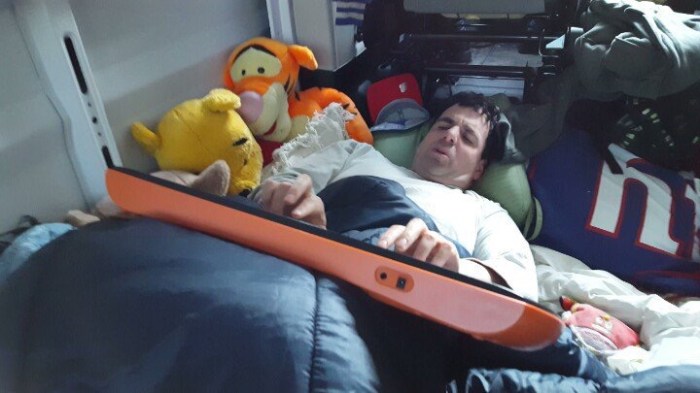 Shuli said it was nearly unbearable sitting in the back with Sour for hours as they drove, but halfway through, “Cousin Matthew” turned the keys over to Sour to drive and it was the oddest thing.

“He is an amazing driver,” Shuli explained. “The one downside is he talks as Gary the entire time he’s driving.”

Howard played some tape of Sour Shoes (as Stern Show Executive Producer Gary Dell’Abate) speaking to a tollbooth attendant who has no idea what’s going on.

Once it came time for the actual show though, Shuli said Sour was absolutely amazing and completely engaged the audience with songs, bits, and interactions. Medicated Pete even showed up unannounced after taking a bus all the way from New Jersey (and then joined Shuli and Sour for a long ride home).