Geraldo Rivera says it all, celebrating the 21st anniversary of "Quivers: A Life," and finding a new Wack Packer 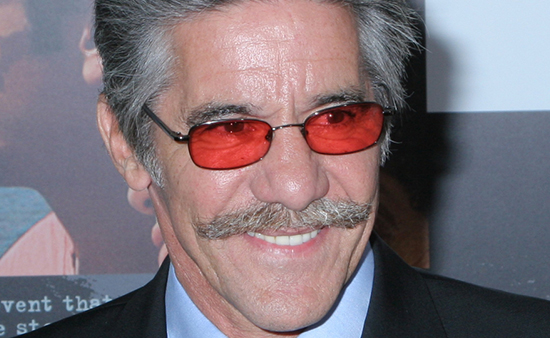 The show kicked off with what some people are considering the “Citizen Kane” of phony phone call announcements as a radio host named Kathy offered some shoutouts for the likes of Beet Shermeet, Bo Nehr, and others.

After playing some clips of the prank, Howard cued up Mark the Bagger who announced the day’s special guest – Geraldo Rivera!

Later in the morning Howard told listeners that there was a guy named Steve Nowicki who works for the show and is really great at the guitar.

“He is a shredder,” Fred Norris, a storied guitarist in his own right, praised.

Howard said he saw a video of Nowicki covering Van Halen’s “Eruption” and invited him to perform a bit of it in the studio.

Steve played for a minute or so before Howard debated whether he should get his band back together.

“[Steve] could be in the band,” Howard told Fred as they pondered a new name: Van Nowicki. He also revealed that Steve collaborated with renowned artist Beetlejuice on “Beetle In The House.”

Should the FCC Have Less Regulation? 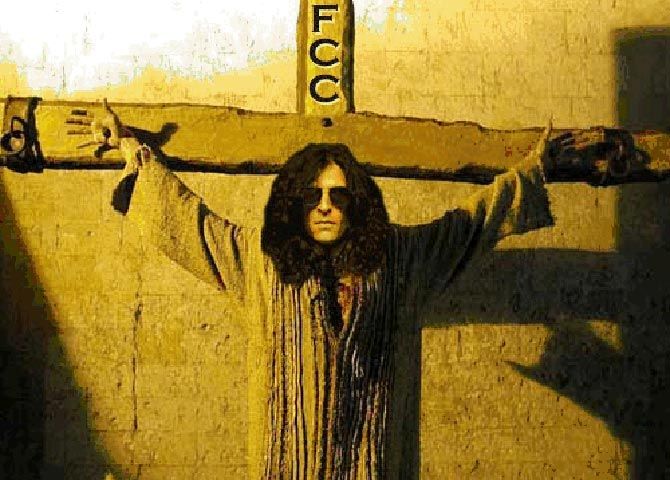 Crucified by the FCC Photo: The Howard Stern Show

A caller named Meg wondered if Howard thought the FCC should have fewer regulations, but the King of All Media said that it doesn’t matter to him since the Stern Show is on satellite radio now.

He explained that the FCC is very much necessary to regulate the technical aspects of broadcast, but when it comes to censorship, they have no place. “We have something called the first amendment,” Howard asserted.

“Thank god for satellite radio,” he continued. “It was a nightmare [before].”

Meg, the caller, tried to turn the whole conversation into evidence of why people should vote for Bernie Sanders, but Howard shut her political talk down. Instead, he offered her the chance to win $500 by playing the Beetlejuice Face Game.

Here’s how the game works: We showed Beetlejuice photos of famous people or characters and the caller needed to guess if Beet correctly identified them or not. Three out of five questions wins. 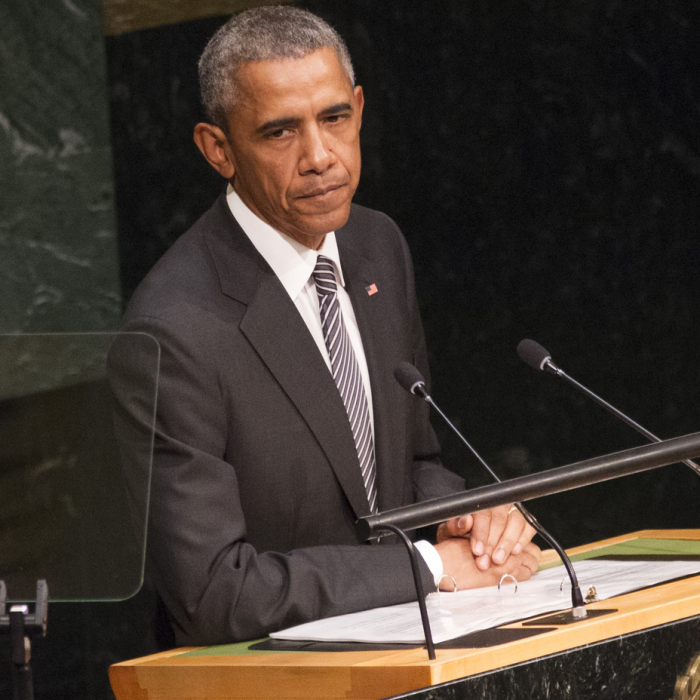 Late in the show High Pitch Erik called in to tell Howard that he will be having his procedure on Wednesday in order to make sure his heart keeps pumping well.

Erik will be taken to the procedure by Access-A-Ride as he is reportedly in a fight with Joey Boots over this new woman in Erik’s life.

Howard asked Erik about it, but High Pitch was a bit cagey on the subject, telling him: “I don’t want to talk about that right now … It’s causing me stress.”

Shuli came in and explained that Erik is “100% obsessed with this girl.” She happens to be pretty cute as well, but is just interested in a friendship.

Some of the Wack Pack was in Pittsburgh over the weekend to celebrate Erik’s birthday at a bar and Shuli reported that Erik watched this woman like a hawk wherever she went. Joey, meanwhile, thinks it’s a “Yoko” type of situation, which caused the rift evidently.

“Erik’s completely in love with her. He wants to have a baby with her,” Shuli said.

Gonzo Shitcock also called in and reported that Erik kept trying to have sex with him since they shared a hotel room.

While Erik first insisted he was just playing around, he ultimately revealed that Gonzo looked a little like Donnie Wahlberg to him.