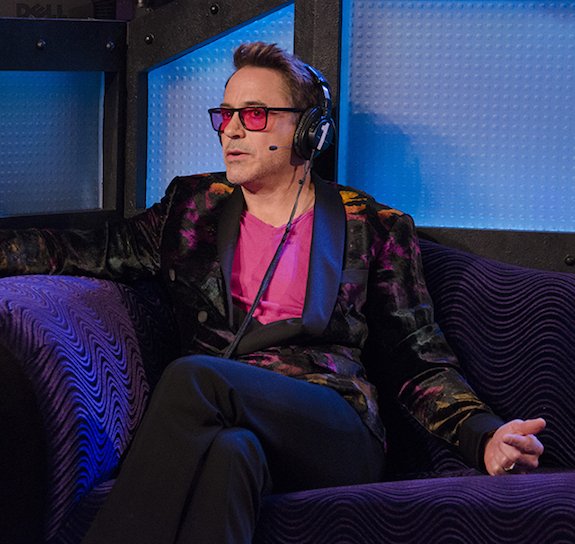 Sometimes, it’s nice to be friends with the biggest movie star in the world.

Since his first interview with Howard in 1995 and on through numerous appearances (including at the award-winning Birthday Bash), Robert Downey Jr. has become a close friend and frequent guest of the Stern Show.

The actor and “Iron Man” star returns again on Wednesday to promote his latest Marvel movie, “Captain America: Civil War.” To honor his arrival, we bring you some of Robert’s best moments … previously on the Stern Show.

In his first Stern Show appearance, Robert Downey Jr. set a high bar after requesting to come on to promote his film “Home for the Holidays.” Even then, Howard recognized Robert’s huge appeal as an actor, mentioning that Robert could be a Tom Hanks-type.

“I’d like to dominate the industry,” Robert joked, decades before doing just that.

Howard asked Robert if he’d ever turned down a movie that became a big hit.

“Yeah, I’ve done that once or twice,” Robert said, before naming the 1989 film “Say Anything” as an example. He continued: “John Cusack did that and it ended up being really good.”

Cusack wound up playing the lovelorn Lloyd Dobler in the 1989 Cameron Crowe film, which immortalized Peter Gabriel’s “In Your Eyes” for lovesick high schoolers everywhere, and was a critical and commercial hit.

Howard asked if he regretted the decision. “I didn’t feel sad; I thought it was trite,” Robert explained, adding “But it turned out to be a good movie.”

Also of historical note, Howard announced during this interview that he had approved a “Private Parts” script. 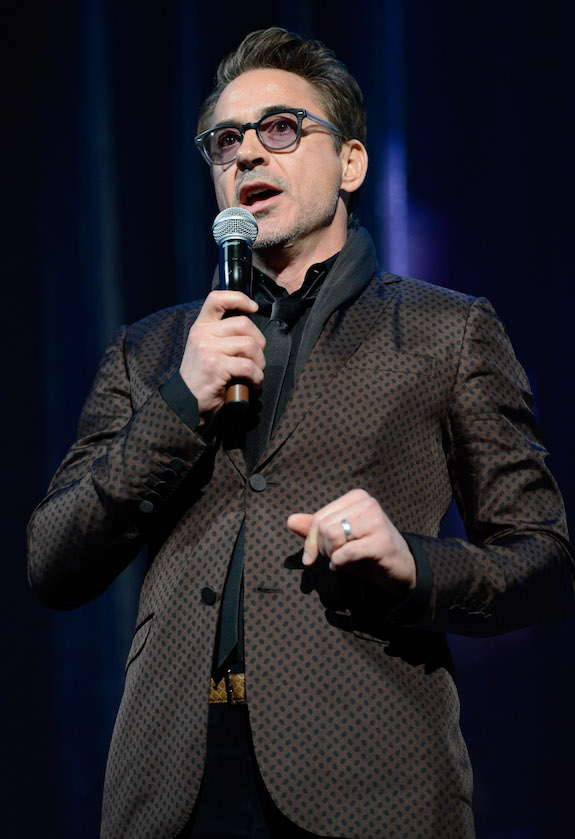 Undoubtedly, one of Robert’s best Stern Show memories was his appearance at the 2014 Birthday Bash.

After a grand introduction from Howard, Robert addressed the crowd. “I’m not really here as a fan, even though I listen to the show religiously,” he announced, “As a fellow New Yorker and industry outsider, I feel some particular bond with Howard.”

Robert continued: “In 1992, when Mr. Stern first appeared as Fartman, a seed was planted. A little sapling of a notion whispered, ‘If that guy can be a fucking superhero, anyone can.'”

“This whole night is history,” Robert marveled, before making a huge announcement. “While I’m king of the box office and all that stuff, I am supposed to protect my reputation, the one interview you do not want to do is Howard Stern.” Robert continued, “So, I’d like to commit here tonight that every movie I promote here from now on, I will be stopping and doing an interview with Howard Stern, which means I’m probably going to have to fire my publicist.”

As a show of thanks, Howard made a video for Robert’s own 50th birthday party in 2015. In the video, Howard performed “Happy Birthday” on his armpit while using Stern Show executive producer Gary Dell’Abate as a chair.

Knowing When to Leave

In 2015, Robert made news via a viral clip of him walking out of an interview for British TV. While speaking with Channel 4 News’ Krishnan Guru-Murthy on the press rounds for “Avengers: Age of Ultron,” Robert was asked, without warning, some rather personal questions.

“I just wish I had left sooner,” Robert told Howard just a few days later on the Stern Show.

“What I have to do in the future is give myself permission to say ‘That is more than likely a syphilitic parasite and I need to distance myself from this clown.'” he continued. “Otherwise, I’m probably going to put hands on somebody, and then there’s a real story.”

On the topic of knowing when to walk out, Robert also discussed his experience in a camera test for the 2013 film “Gravity” (for the role that George Clooney ultimately played). Robert said he was initially enthusiastic about the project, which then had Angelina Jolie in the Sandra Bullock role, but the filming circumstances proved a tad too confining.

“I went to do a test with a new sort of multi-spherical camera thing,” Robert began, “And I’m one of those guys who can be comfortably uncomfortable pretty easily. Maybe I was just on my cycle or something, but … we did it for about 20 minutes and I said, ‘This is crazy, how much longer?'”

He said they told him the camera test was poised to last another “two to four hours,” to which he said he replied, “No it isn’t.” After that, Robert was officially off the project and “Gravity” went on to become a huge, Oscar-winning hit.

And, of course, never forget Robert’s choice for an “Iron Man 4” director…

Tune in for Robert’s next chat with Howard, Wednesday on the Stern Show.