Stern staffer reports on his experience at the bizarre event 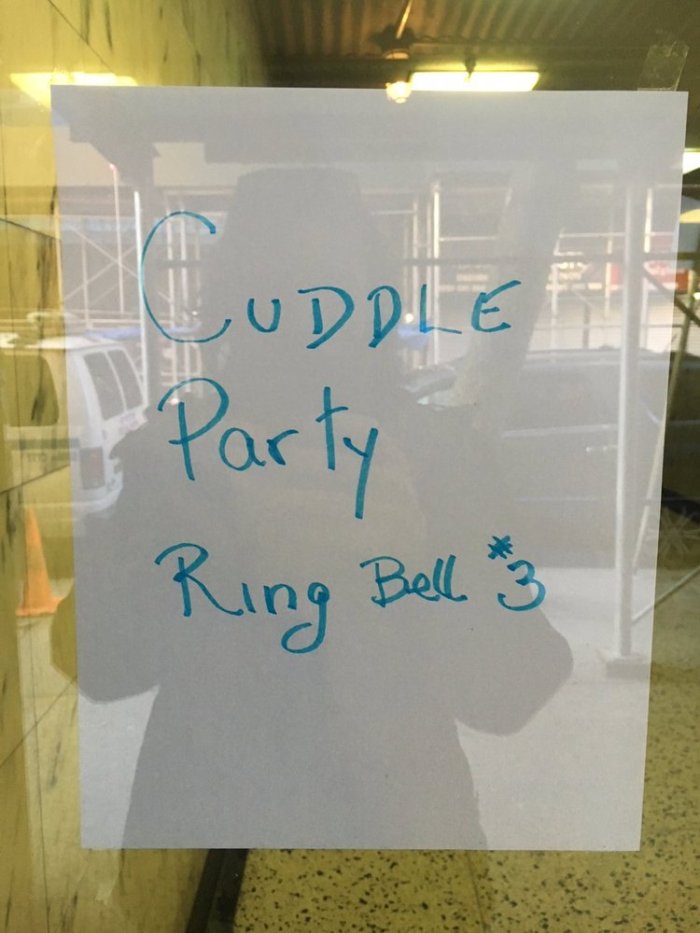 Stern staffer Memet Walker recently investigated what exactly goes on at a “cuddle party,” so on Tuesday Howard brought him into the studio to report on the bizarre event.

Memet began by explaining that there is no sex, only cuddling. Even so, he found the cuddle party far more nerve-wracking than any of the sex parties he’s reported on. “The people there are even stranger,” he explained. “The girls were even scarier than the dudes.”

Howard played clips from Memet’s interview where one heavily-accented man admitted that, even at the cuddle party, he had been turned down by at least one woman. “It’s a failure,” the man conceded.

Even though all of the men insisted that the purpose was not sexual, Memet revealed that everyone was required “to wear cuddle clothes,” consisting primarily of sweatpants for their lower halves. That meant tons of inadvertent boners – yet no one reportedly seemed to mind.