Whoop! Whoop! All the details from his very memorable visit 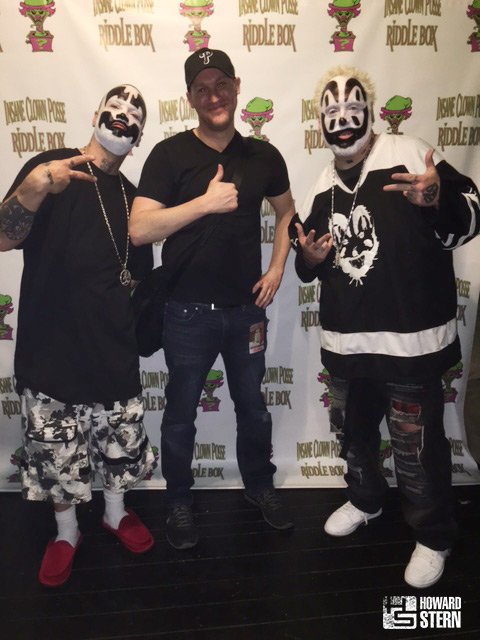 Stern Show correspondent Wolfie called in this morning to talk about an Insane Clown Posse concert he recently went to in Amish Country. While he was there he interviewed both the band members, Violent J and Shaggy 2 Dope, and many of Juggalos who were in attendance.

From ICP’s political leanings (“We never had a broad president in there … Let’s get a broad.”) to stories of explosive diarrhea, Juggalo sex, and so much more, the clips Wolfie delivered painted a picture of debauchery, community, and face paint.

One of the Juggalos Wolfie interviewed who had lost his legs even called in to tell Howard more about his experience at ICP events. 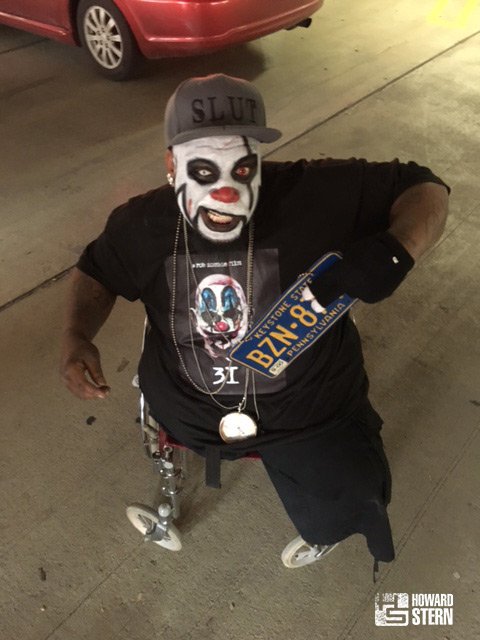 “Less Legs,” as he is called, explained he gets tons of women at the events leading Howard to wonder if Medicated Pete should dress up and go out with him.