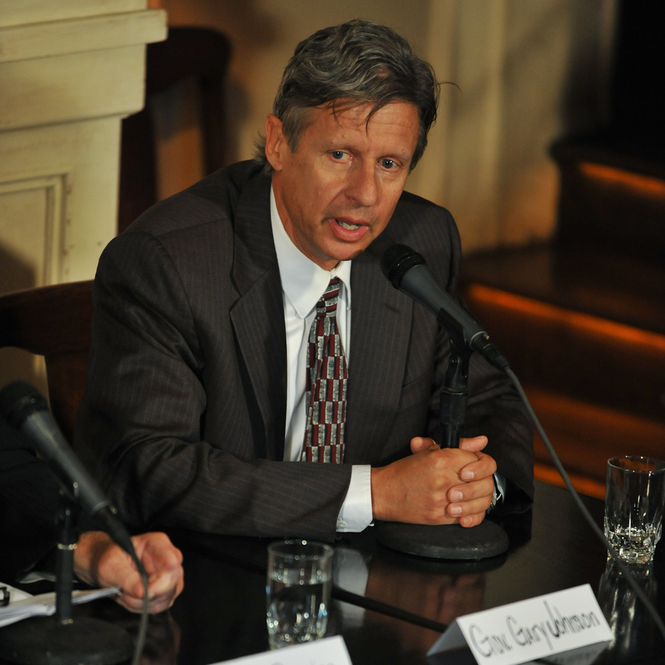 After discussing the political success of Hillary Clinton and Donald Trump, Howard wondered if there were any Libertarians on-staff and discovered that both Benjy Bronk and Brent Hatley were registered as such.

Howard was sure Benjy wouldn’t even know who the Libertarian presidential candidate was, but he in fact did, answering: Gary Johnson.

Brent came into the studio and explained that he’s voting for Johnson in hopes that he can secure 5% of the vote, which would get the party more rights and funding for future elections.

Brent also recounted how he ran for city council in St. Petersburg, Florida one year, but ultimately lost. “I ran on just the issues,” he said. “I really ran against red light cameras.”

Brent’s opponent, while not as sharp on the issues, was a 37-year veteran teacher in the community and enjoyed a large base of support. He was even Brent’s driving instructor.

Hatley said that his job at the time with Bubba the Love Sponge didn’t win him any fans either. In the end, Brent still secured 40% of the vote, but it simply wasn’t enough.