After 10 rounds, the winner of the world’s greatest music trivia game is… 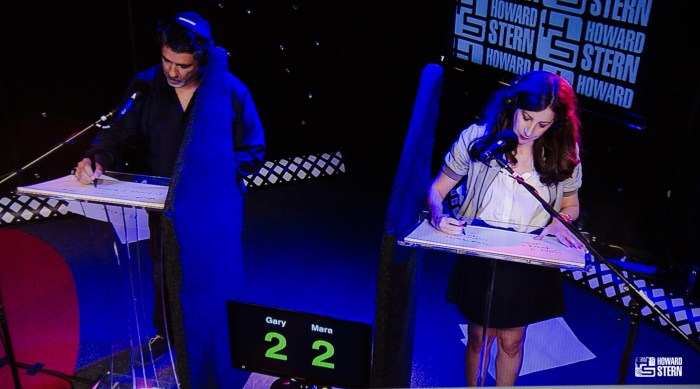 It’s nearly impossible to beat Gary Dell’Abate at his own game, but on Tuesday morning Mara Reinstein did just that in a rousing 10-round game of Stump the Booey. While the musical trivia competition is only supposed to last for five songs, Howard had to add in several bonus rounds until the tie between Gary and Mara was broken. Check out the songs our contestants had to identify below.

As the new champion of Stump the Booey, Mara won $5,000 courtesy of Tommy John underwear, but she wasn’t done impressing those at the Stern Show yet. Just as her check was being handed over, Mara announced that she wanted to donate her winnings to the North Shore Animal League.

“I’m a big animal lover and I definitely know that it’s … a charity close to your heart and Beth’s heart,” Mara told Howard. “It’s the least I can do, to donate the money.”

Also in studio on Tuesday was Tom Patterson, CEO of Tommy John underwear, who decided to get in on the charitable giving as well. 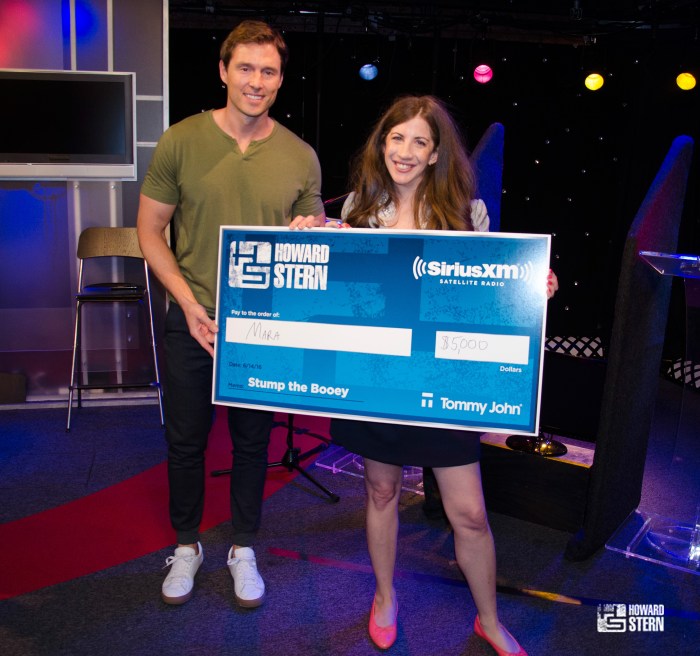 Congrats to Mara for winning what is believed to be the longest on-air Stump the Booey in Stern Show history and thanks to Tommy John underwear for sponsoring today’s game!

3. Clarence Clemons and Jackson Browne – “You’re a Friend of Mine” (Gary got it, Mara got it)

4. GTR – “When the Heart Rules the Mind” (Gary did not get it, Mara did not get it but named the song after Howard gave her the band name)