In the wake of the tragic Orlando shooting Howard discussed the complexity of the gun control issue in America this morning telling Robin Quivers and Brent Hatley that he thought the idea of limiting access to guns – whether pistols or automatic rifles – was not the answer. “Do you want a fighting chance or not?” he asked.

“I’m just a sheep; I’ll admit it,” he continued, explaining the metaphor that most people are “sheep” while the military and police act as “sheep dogs” against the “wolves” who seek to harm them. “But I’m not for taking away people’s rights,” he contended.

Ralph Cirella called in to disagree, asserting that there is no reason for people to own assault rifles.

One thing everyone agreed with though was that the Orlando police officers were heroes for running into the face of danger in order to save hostages at Pulse nightclub. “Kudos to them,” Brent praised. 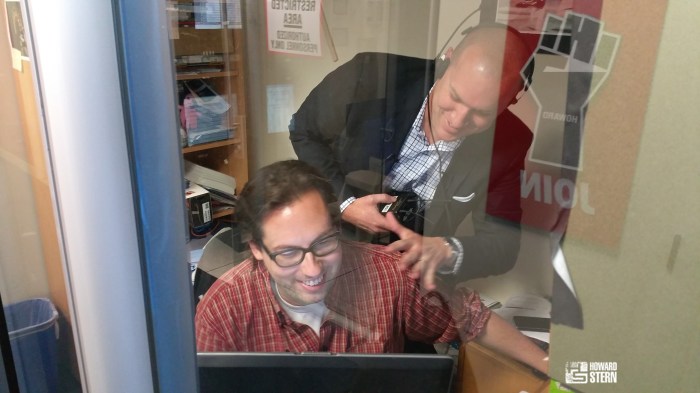 Wolfie spent the entire morning from 7 a.m. to 12 p.m. on Tuesday observing JD Harmeyer in order to uncover a new understanding of what makes the Stern Show’s media producer tick.

“He got very testy towards the end of it,” Wolfie revealed Wednesday.

Moreover, Howard revealed that he had Shuli Egar observe Wolfie, unbeknownst to him, while he was observing JD.

Howard mentioned that he had received many reports from the back office that people don’t really like Wolfie all that much when he’s around. Sal Governale evidently took the most umbrage to Wolfie’s antics, telling Howard that it’s the air of “arrogance” surrounding Wolfie that really sets him off. “It’s really off-putting,” Sal fumed.

What really ticked Sal off, as Howard discovered though, was a bit from a while ago where the guys put Wolfie up to pitching Sal a bit where he’d dress up as a Syrian refugee and parade around Times Square. Despite the fact that it was a fake pitch, Sal has apparently been unable to forgive Wolfie.

Nevertheless, Wolfie’s efforts in reporting on JD impressed everyone … except JD, who rated the experience as “about an 8 or 9” on a pain scale of 1-10.

Check out all of Wolfie’s top observations about JD here.