She “has my full attention,” he told listeners

Returning to a question originally asked by Wolfie, Howard revealed which Stern Show personality currently fascinates him the most.

He said Suzanne Muldowney currently intrigues him the most explaining that Shuli did an amazing job reporting from the Mermaid Parade in Coney Island with her.

He played some clips from their day together as evidence for his answer and Shuli came into the studio as well to offer his commentary.

Kicking off their day together, Shuli first asked Suzanne (her real name) why she always refers to him as “Mr. Shuli” and her answer cracked Howard up: “Well, because you are a professional media broadcaster,” she told him.

Shuli recounted how Underdog was in a teary-eyed frenzy when he rang the doorbell to pick her up for the parade. “Everything has to go according to plan,” he explained. 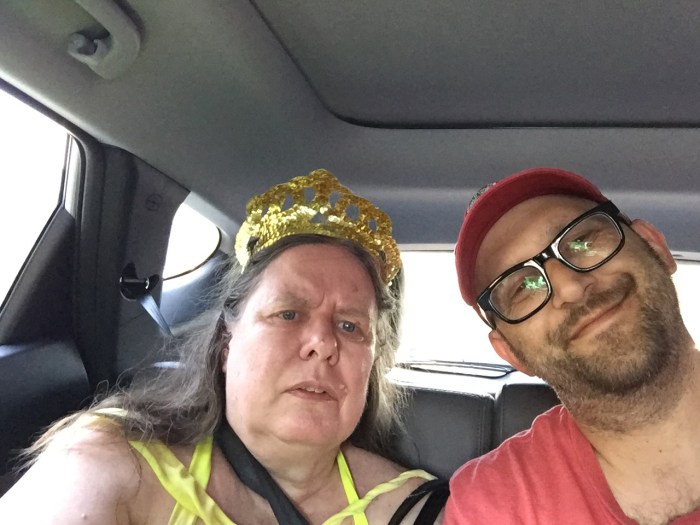 Nonetheless, Shuli got Suzanne and her friend Phil loaded into a car and they made their way to Coney Island. To pass the time during the car ride, Suzanne sang Christmas tunes that she had translated into Latin herself.

The excessively proper Suzanne shocked Shuli once they reached the parade by requesting that the married Stern Staffer apply suntan lotion to her shoulders and back. “It was like putting suntan lotion on sweaty stucco,” he told Howard.

Anyone familiar with the Mermaid Parade knows that the event is a sea of drunk parade goers, with tits out and inflatable cock-and-ball sets afloat, and this year was no different, according to Shuli. Needless to say, Suzanne was horrified.

A parade coordinator who knows Suzanne came up at one point to ask how she was enjoying the day and she gave him a piece of her mind. “This parade must have a dress code!” she screamed at him. “Some of them show off too much of the body and that’s against God’s law.”

In the end, Suzanne was able to get through the event and even enjoy herself a bit.

Her favorite part of the day? “When I had large spaces open all to myself and I was undulating my arms,” she triumphantly declared.