The "fast food maniac" is serious about his meals 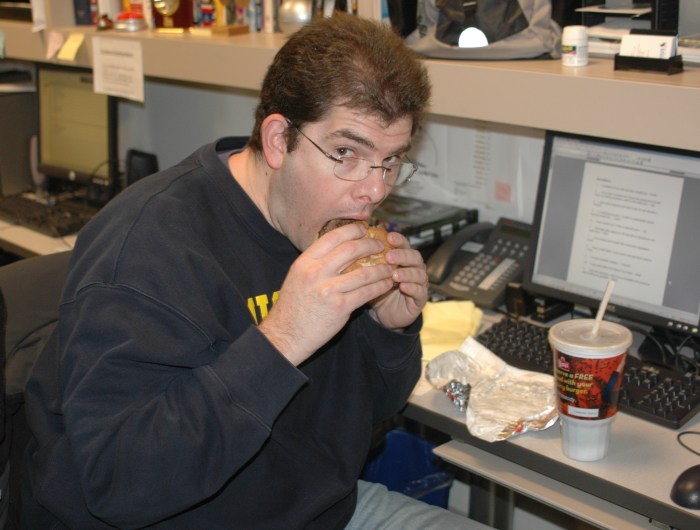 Later in the morning. Howard brought fast food expert Jon Hein into the studio and had him weigh in on a story about the highest rated fast food restaurant based on consumer reports, but soon found himself engrossed on what Jon was going to eat for lunch.

On the menu? A Chick-fil-A original chicken sandwich, waffle fries, and a cookies and cream milkshake.

“Boy you don’t care about your weight at all,” Howard remarked in awe.

Jon said that when he eats a lunch like that he’ll try to go lighter for breakfast and dinner, but he still wasn’t too concerned about the calorie counts Fred Norris rattled off.

“I want to be like you. I don’t want to care,” Howard, who keeps himself on a strict diet, told Jon.

The “Fast Food Maniac” author did concede that the diet comes with its pitfalls, though — from his weight to the constant concern from his wife and daughters.