Ben Affleck Gets Worked Up on ‘Any Given Wednesday’

But he still does love Donnie Wahlberg 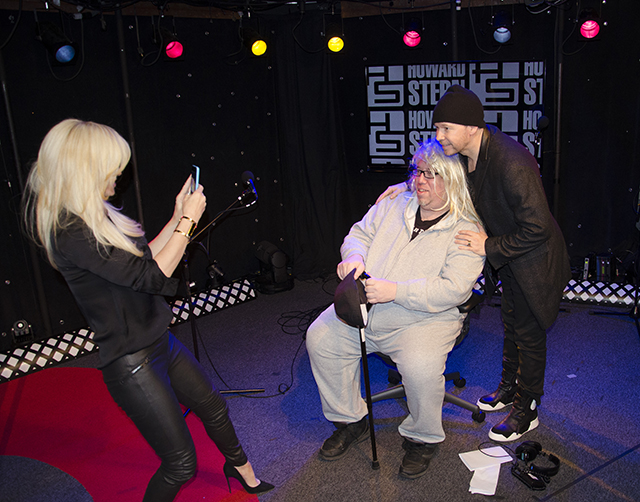 ERIK AND DONNIE: A LOVE SCENE

High Pitch Erik called in late in the morning to respond to a listener’s email that Howard had read aloud earlier in the show. It read: “I guarantee you that High Pitch is gay. If a guy stood in front of him with his cock out High Pitch would suck it.”

High Pitch was furious that someone would think he was gay and had no idea where anyone would get that idea.

“I don’t want to be with a man,” he insisted. “[The] only person I love in my life is Donnie Wahlberg,” Erik tried explaining to no avail since the list of men he was attracted to kept expanding to include the likes of Wayne Brady, weatherman Mike Woods, and Gonzo Shitcock.

Howard was horrified considering the ill-fated ends all of Erik’s other pets have met. And it seems this time will be no different as Erik will be leaving for a six-day trip to Los Angeles and reportedly plans to simply leave extra food for the lizard.