Reports come in about their behavior in the hallways 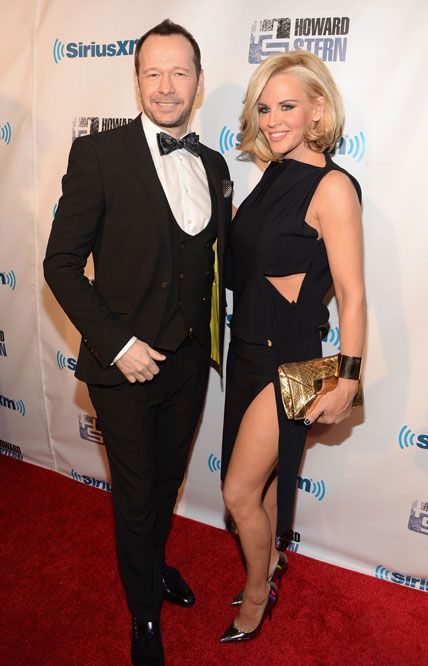 Blink-182 did a Town Hall at SiriusXM on Tuesday and Howard said he saw a ton of people standing around including Jenny McCarthy, who always seems to be hanging out in the lobby and hallways.

Howard recounted how Jenny once indicated that he had a chance with her when they were both single, but he didn’t catch any of the signals. Now that she’s with Donnie Wahlberg though, it seems they’re together and kissing in front of everyone all the time.

“I’ve seen them both walk to the bathroom holding hands,” JD offered. “I think they just love being around each other.”

Brent Hatley came in and reported that he frequently sees them side-by-side holding hands on the escalator blocking anyone else from passing them. “I honestly think it’s for publicity,” he said.

One of the Stern Show PAs also told Howard that she got stuck alone in an elevator with the two of them while they made out the entire way down. “It was so uncomfortable,” she said.