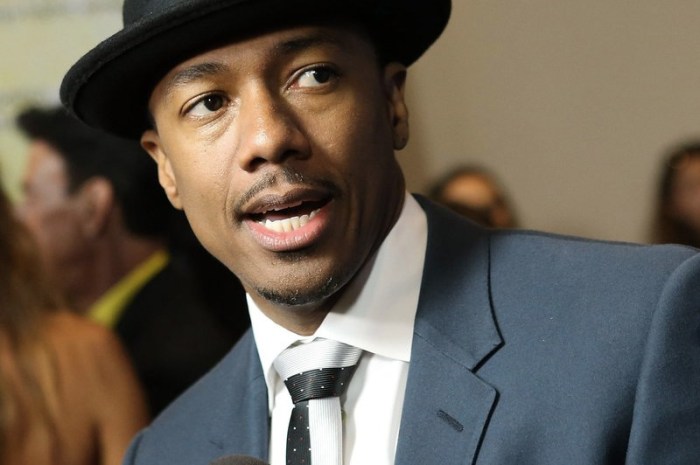 Nick Cannon wants to make sure his voice is heard but it won’t be by voting in the upcoming presidential election. The host of “America’s Got Talent” explained his position to Howard on Monday ahead of his trip to the Republican National Convention where he will participate in a peace walk.

“I’ve got my people out there,” Nick said. “I’m in the community…I’m going to speak to the educators as well. I’m not just doing it because I need to talk about it.”

Cannon also plans on traveling to Philadelphia to attend a similar peace march at the Democratic National Convention. Despite being a political person, though, Nick admitted to Howard that he has no intention of voting in November — at least not in the presidential election.

And for anyone who is against the Black Lives Matter movement, Nick says they need to realize that that phrase does not aim at taking away the importance of other people and races: “When I say ‘save the whales’ that don’t mean fuck all the other fish in the ocean!”

Nick brought up his own spoken word video, “Too Broke to Vote” as an example for why some in the African-American community do not head to the polls on Election Day. He also said that he doesn’t feel the need to vote since he thinks the outcome of the presidential election is predetermined by the “powers that be.”

“I do believe there are some very high-powered people that make decisions for this world,” Cannon explained. And while he will not cast his own ballot, Nick does think Hillary Clinton would be better suited for the job.

“If Hillary does become the president, that is a good representation for America, because that’s all the presidency really is: a figurehead who represents,” Nick said.

There are some elections that Cannon considers to be worthwhile: Local politics and “AGT.” He told the Stern Show audience that they should know their city council members and mayors, and that they should keep watching the NBC reality series.

“That voting process actually is up to America,” Nick said. “I approve of voting for ‘America’s Got Talent.'”

Watch Nick Cannon on “America’s Got Talent,” Tuesdays and Wednesdays at 8pm ET on NBC.