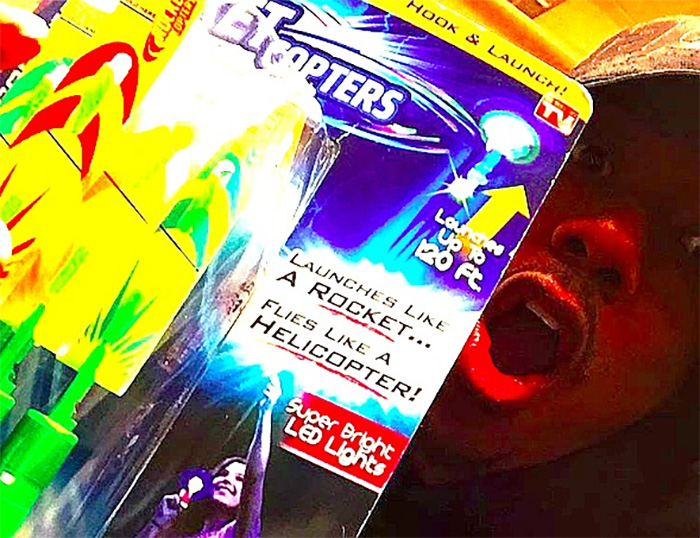 Nick Cannon’s career has taken off like a rocket ship, so it only makes sense that his newest business venture is a toy rocket that kids everywhere are trying to get their hands on.

“I have the number one toy of the summer,” Nick said of his product, the Ncredible Rocket Copter. The high-flying gadgets are being made through a partnership between Cannon’s brand and a toy manufacturer.

At $15 a pop, Howard did some quick math and figured Rocket Copters must be making Nick a small fortune. But not everyone is happy about Nick’s involvement with these toys. Ronnie Mund came into the studio to say he recently saw a Rocket Copter commercial while watching NASCAR on TV and noticed it was Nick’s voice in the ad.

“I just thought it was really weird,” Ronnie said. “He can sell it but he doesn’t have to do the commercial.”

“I have to show dedication to my brand,” Nick responded. “Come on Ronnie I’m trying to build an empire here!”

With the money rolling in from all directions, Howard guessed that Nick’s net worth must be around $50 million.

“That sounds good,” Nick replied, saying he’s not sure exactly how much money he has at this point. But considering how hard a worker he is, the sky might not even be the limit for Nick Cannon.

Watch the Rocket Copter commercial in question below and to purchase one for yourself, visit www.getrocketcopters.com